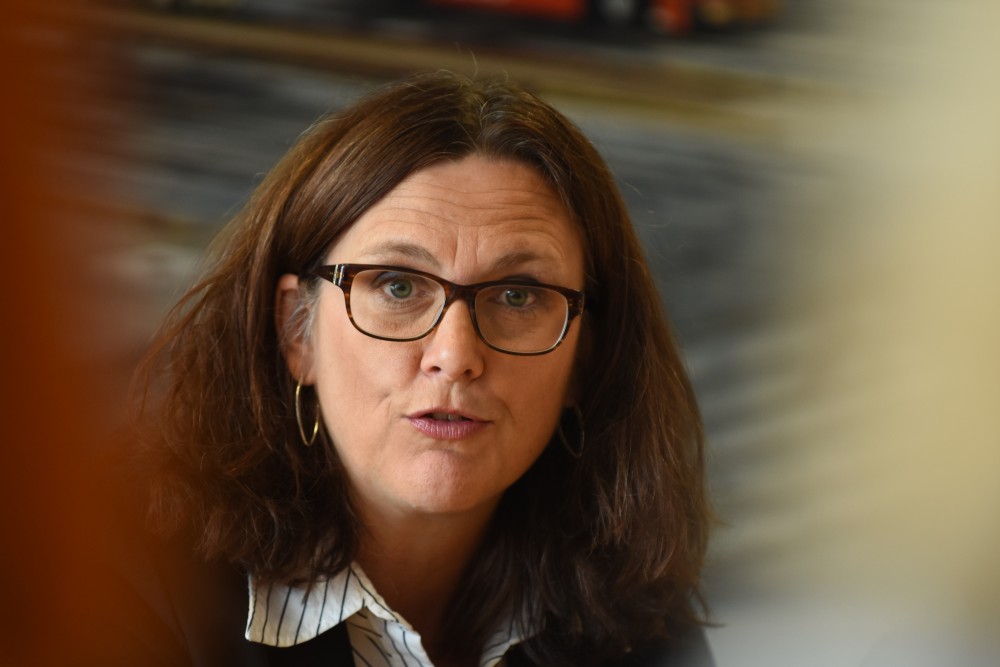 There will be no immediate policy change towards Russia from the European Union even if the United States will change its sanctions regime under incoming President Donald Trump.

Six more Russia Duma Deputies from Crimea were added to the sanctions list last Tuesday. In September, EU decided to extend the asset freeze and travel bans against Russian officials for an additional six months.

In response, Moscow has imposed tit-for-tat sanctions with the EU, including import ban on seafood, agricultural products and dairy products.

Responsible for trade, Swedish EU Commissioner Cecilia Malmström has first-hand insight to both member states objections to prolonging sanctions and the consequences of Moscow’s counter-sanctions.

«It is obviously worrying that a country like Russia imposes economic sanctions against EU because it has both economic and political effects,» Commissioner Malmström says to the Barents Observer.

In 2013, the year before Russia introduced import restrictions on a range of EU agricultural products, the member states export to Russia of these products had been worth €5,2 billion, equal to 4% of overall EU agri-food exports.

Some countries were worse off than others.

«Poland, that accounts for a third of the EU apple export, got its market halved and dairy plants in Finland and the Baltic states were forced to close down,» Cecilia Malmström tells.

She explains how the European Union are actively working to help those farmers that are hardest hit by the Russian sanctions to adapt and find alternative markets. Measures are taken for the dairy sector and for fruit & vegetables, aimed at stabilizing prices and finding alternative sales opportunities.

«It is important for the EU to stand up for its member countries when another country tries to weaken our export market, and that is exactly what we do,» the Commissioner says.

Major gains have been achieved in exports to China and other key Asian markets such as Hong Kong and South Korea in addition to the USA.

«The EU is currently negotiating with twenty countries and regions, and are working hard to conclude new trade agreements that will benefit our farmers, create jobs and increase Europe’s growth,» Malmström says and much of Russia’s counter-sanctions are compensated through increased trade with others.

«Since Russia’s embargo was introduced, the value of EU export to third countries have increased by 5,7% and the most vulnerable regions and sectors have managed t find alternative markets for their agricultural exports,» Cecilia Malmström says.

«Russia’s continued actions means that the European Union is not planning to lift any of the sanctions in the near future.