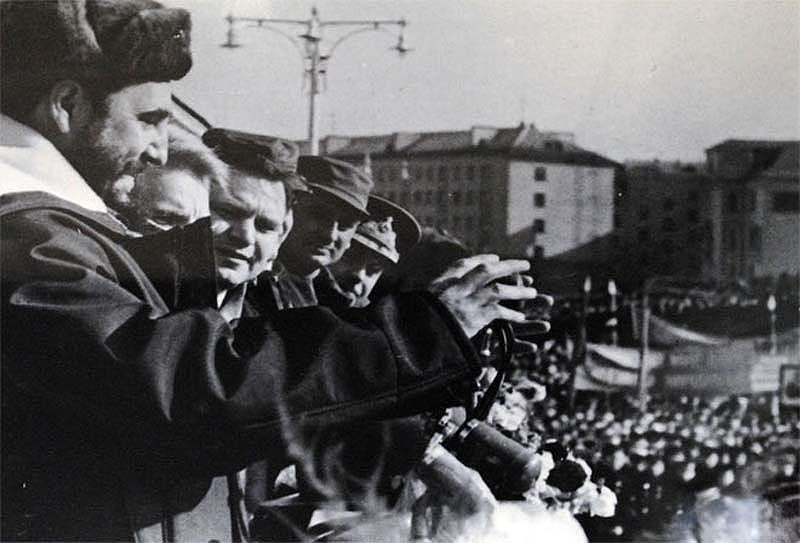 Fidel Castro could get an avenue in Murmansk

At least, he should have a memorial, says the local Communist Party leader.
Read in Russian | Читать по-русски
By

«We have an idea - a memorial or a memorial plate», says Gennady Stepakhno. «Or perhaps the square by the railway station could be named after him», the Murmansk Communist Party leader adds.

The late Cuban leader is still remembered well in Russia’s Arctic capital. Invited by Soviet First Secretary Nikita Khrushchev, Castro on the 26 April 1963 took off from Havana and flew directly through the North Atlantic and the Barents Sea to the “Olenya” air base south of Murmansk. Few hours later, he was greeted by thousands at the downtown Murmansk railway station.

«He left an imperishable footprint, this was a legendary personality», Stepakhno says to RIA Novosti.

The party leader says he will address local city authorities about the memorial and that he will start collecting necessary funds himself if needed.

The visit to Murmansk marked the start of Castro’s more than one month trip through the Soviet Union. The Cuban leader after Murmansk proceeded to Moscow, Siberia and all the way to Samarkand in today’s Uzbekistan.

Fidel Castro spent three days in the Kola Peninsula, before he continued on his Russian expedition. Included in the programme was excursions to military installations, among them the B-35 submarine, a vessel which had participated in the 1962 Cuban Missile Crisis.