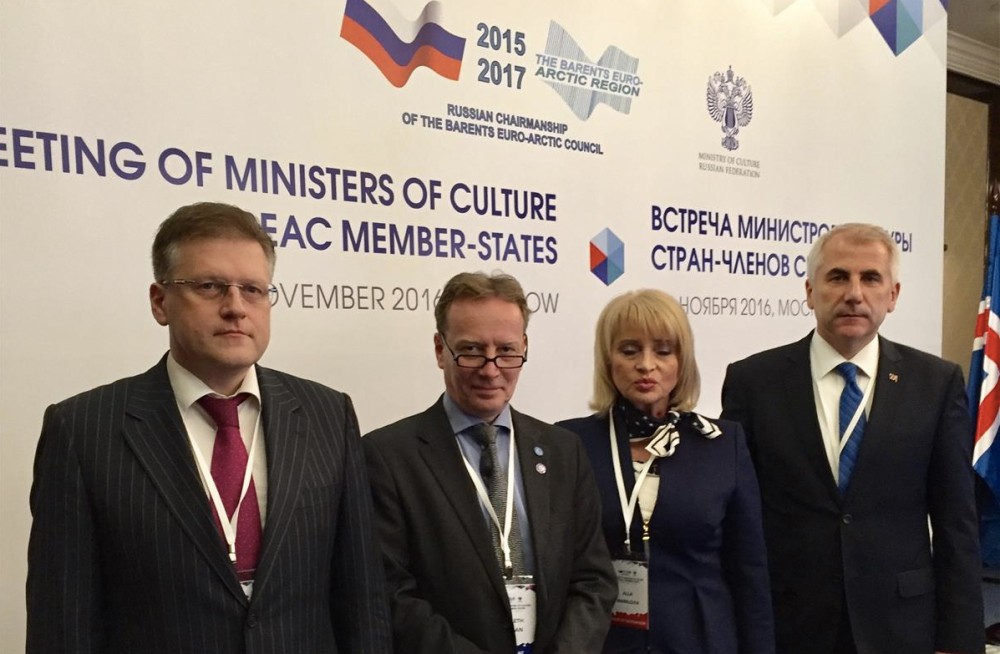 A new scholarship is to help enhance cross-border cultural cooperation.
Read in Russian | Читать по-русски
By

While cooperation in other ends remain stuck in political stalemate and confrontation, there is still room for joint action in the field of culture. In a recent meeting, ministers from Russia and the neighboring Nordic countries agreed to establish a scholarship scheme for artists in the Barents region.

From 2017, four artists, one from each of the Barents countries, will be awarded €10.000 for their cultural engagements.

«I believe this will strengthen the role of cultural issues in the Barents Cooperation, says Tomas Hallberg, leader of the International Barents Secretariat. «And hopefully it will help add focus on the extensive and great grassroots engagement which takes place within the frames of the cooperation», he adds to the Barents Observer.

According to Hallberg, each of the countries will pick their respective candidates for the scholarships. New awards will be announced once every second year

The new initiative was adopted in the recent Barents ministerial meeting on culture in Moscow.

«The participants of the meeting expressed their readiness to contribute to further prosperity of the Barents region, supporting the efforts aimed at enhancing cultural cooperation,» a press release from the Barents Secretariat reads.

Behind the scholarships lies an intention to strengthen cross-border cultural cooperation, one of few arenas for continued prosperous east-west interaction. According to the scholarship regulations adopted in the meeting, the arrangement should «acts as a kick off platform and encourage the scholarship recipients to cooperate in the future».

The award winners must have experience from cultural cooperation across borders in the Barents Region and ambitions for further development of projects. They must be able to demonstrate a sufficient level of artistic quality in previous work, and they must be residents of the Barents region, the scholarship guidelines say.

Instrumental in the Barents cultural cooperation is the Joint Working Group on Culture, a body which includes representatives of national cultural ministries and regional culture officials. The Barents Cooperation promotes cross-border interaction in the Barents region, the northern parts of Finland, Norway, Russia and Sweden.

This is the road towards more cooperation, transport ministries say