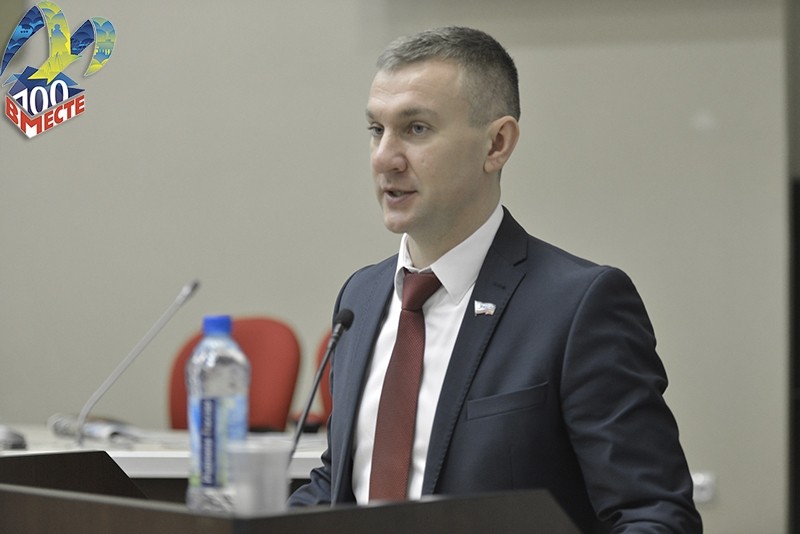 The 41 year old businessman takes over the reigns in the biggest city north of the Arctic Circle.
Read in Russian | Читать по-русски
By

Filippov was yesterday elected by an overwhelming majority of the Murmansk City Council, a body fully controlled by the United Russia party. As many as 25 of the Council’s 26 members supported the candidacy, a press release from the council informs.

«My biggest priority will be to continue the extensive efforts to create comfortable and secure life conditions for people in the Arctic capital», he said after the vote.

Dmitry Filippov is himself from Murmansk and has a degree in law. He worked for a period in the local illegal drugs control authority, a police unit, TV21 informs. The last years, along with his representation in the City Council, he has been the executive director of Evroroz, a major supermarket chain.

Evroroz has over the past years appeared to strengthened its position in local politics. Along with Filiippov, another company representative, Yuri Nazarov, has taken on leading positions. Nazarov is now a member of the Murmansk Duma, the regional legislative assembly.

Both Filippov and Nazarov are members of the United Russia party. They are both believed to be associated with Aleksey Veller, the previous city mayor who is now member of the State Duma.

The mayor in Murmansk is elected among the members of the local city council. Murmansk also has a city manager, a more administrative post.