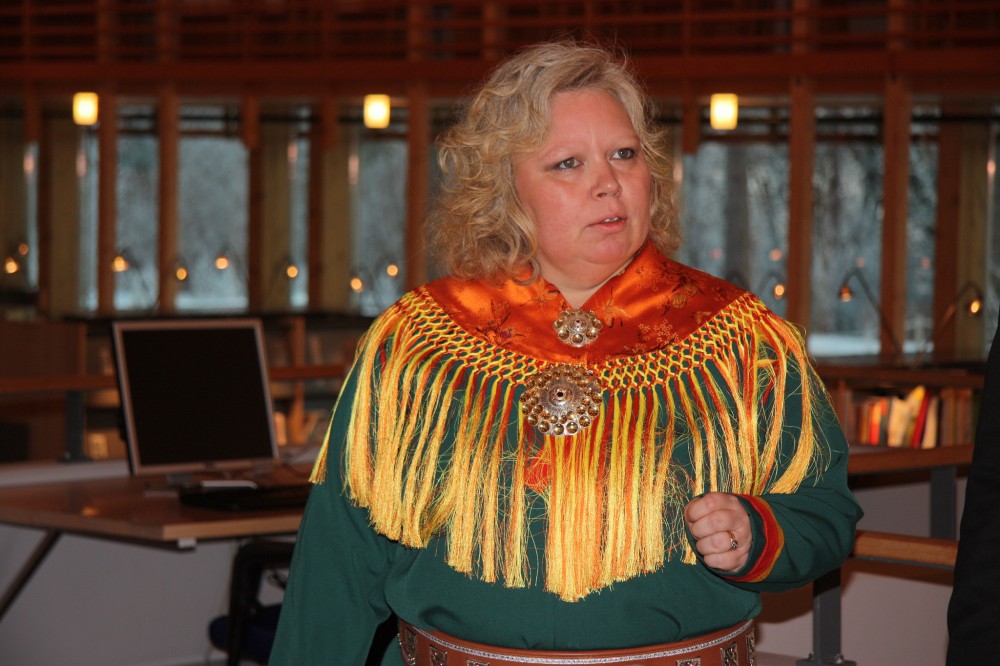 Vibeke Larsen is the new strongwoman in the legislative assembly as a coalition headed by the Labor Party topples the government of the Norwegian Sami Association.
By

The government of Aili Keskitalo was Thursday forced to resign as a big majority of the Norwegian Sami Parliament voted against the proposed budget of her Sami Association.

Keskitalo and the Sami Association has ruled the assembly for the last three years in a minority constellation.

The new rulers of the parliament come from the Labor Party, which won support from the Conservative Party (Høyre) and Árja for its alternative budget proposal. The budget bill was approved by as many as 33 of the 36 votes.

«After weeks of great uncertainty, it is now our responsibility to secure stability and safety for our municipalities, businesses, [and] and the Sami Parliament», says Vibeke Larsen, leader of the Labour Party fraction. «Almost the whole plenary [of the assembly] stands behind our budget, I see that as a major declaration of confidence which I highly value», she adds in a press release.

In a declaration, the Labor Party underlines that «We will work for the development of Sami self-rule in correspondence with internationally recognized norms for indigenous people’s self-governance. This will make sure that the development of the Sami society is made in line with the needs of the Sami people, its values and priorities».

Aili Keskitalo, who was president in the assembly also in the period 2005-2007, says she is surprised about the outcome of the budget process. «Clearly, in any political system there are risks related with the rule of a minority constellation», the outgoing presdient says in a comment. «We were ready to continue to rule, but that it not the way it will be. It has been a true pleasure to be the Sami President in these three years».

The shift of power comes just one year ahead of the scheduled parliament elections.

At the same time as the politcal makeover unfolds in the legislative body, Helga Pedersen, the Labor Party’s deputy leader, announces that she withdraws her candidacy to the assebly.  Pedersen had previously announced that she was running for the post as Sami President in the upcoming 2017 elections. In a comment to newspaper Nordlys, the politician expresses major disagreement with her colleagues’ power takeover.

«It was a wrong decision considering the strategy of the Labor Party and with regard to the Sami Parliament», she underlines. «It has been created an impression that political games are more important that politics, and that is a completely wrong strategy for the Labor Party».

The Sami Parliament is based in Karasjok, northern Norway. It has 39 delegates, and is based on parliamentary system of government. The assembly was established in 1989 in a bid to strengthen the political position of the Sami people.