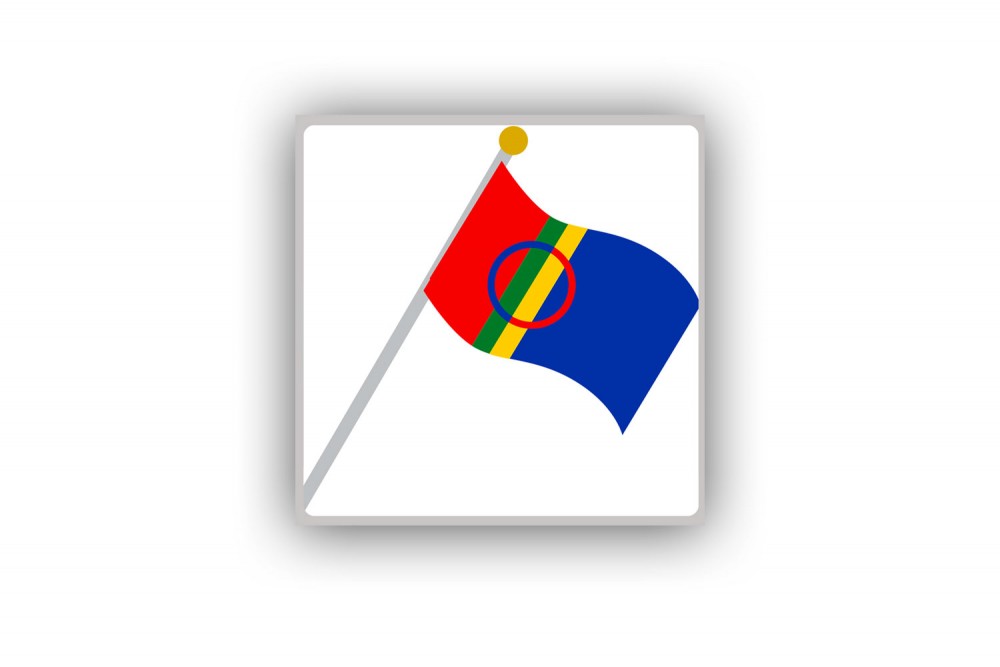 The Sámi flag is one of several emojis with Arctic motives presented today by the Finnish Foreign Ministry.
Read in Russian | Читать по-русски
By

The Finnish ministry shows itself from a creative side as it today launches a series of new Arctic emojis. Among them is one which displays the Sámi flag. Another depicts a reindeer.

The presentation of the electronic ideograms is made on 6th February, the Sámi National Day. In addition to the Sámi-inspired symbols come emojis with a polar bear, a kick sled, an icebreaker and the northern lights.

Finland has long been a global front-runner in development of innovative technologies. In late 2015, the country became the first in the world to present a set of national emojis. They were produced by the country’s Ministry for Foreign Affairs country and branded website ThisisFINLAND.fi.

A series of summer emojis was added to the selection in May 2016, the Ministry informs.

«Finland is one of the leading nations in the world because of its Arctic location, not in spite of it,» says Ville Cantell, Director of Communications on Europe and Neighbouring Areas at the Ministry for Foreign Affairs. «We haven’t simply adjusted to life in our Arctic conditions – we also know how to enjoy it», he says in a comment.

The new images are presented as Finland is preparing to take over the chair of the Arctic Council, the leading international body on Arctic cooperation.

The Finnish Foreign Ministry also supports the development of several other emojis. Among them is one of Tom of Finland (Touko Laaksonen), the internationally acknowledged artist who promoted human rights and gay pride.

«We’ve kept our tongue-in-cheek approach,» says Petra Theman, Director for Public Diplomacy at the Ministry for Foreign Affairs. «However, the emojis still clearly convey what Finland feels is important: biodiversity and natural coexistence – coexistence with the challenges of our environment and also harmonious coexistence with each other.»

In all, 54 emojis are now included in the Finland emojis app, available for free download in Google Play and the App Store.

The Finland emoji collection has been a great success with as many as 200 million users all over the world.