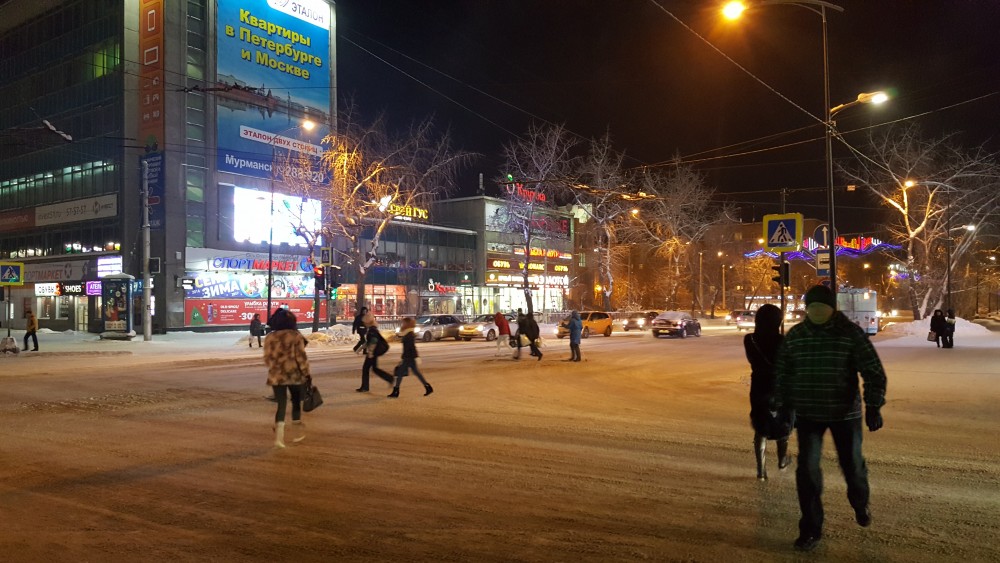 "Apartments in St. Petersburg and Moscow" reads the huge advertisement poster on the wall on towards Prospekt Lenina, the main street in Murmansk. Photo: Thomas Nilsen

About 400,000 people have left the Kola Peninsula since the breakup of the Soviet Union.
Read in Russian | Читать по-русски
By

Latest statistics from Murmanskstat confirms the trend seen for the last two decades in the Russian north. People pack their belongings and move south.

For Russia as such, population is now 144,5 million, excluding Crimea. Including Crimea and Sevastopol, the population stands at 146,8 million, figures from Statistics Russia reads, according to Wikipedia.