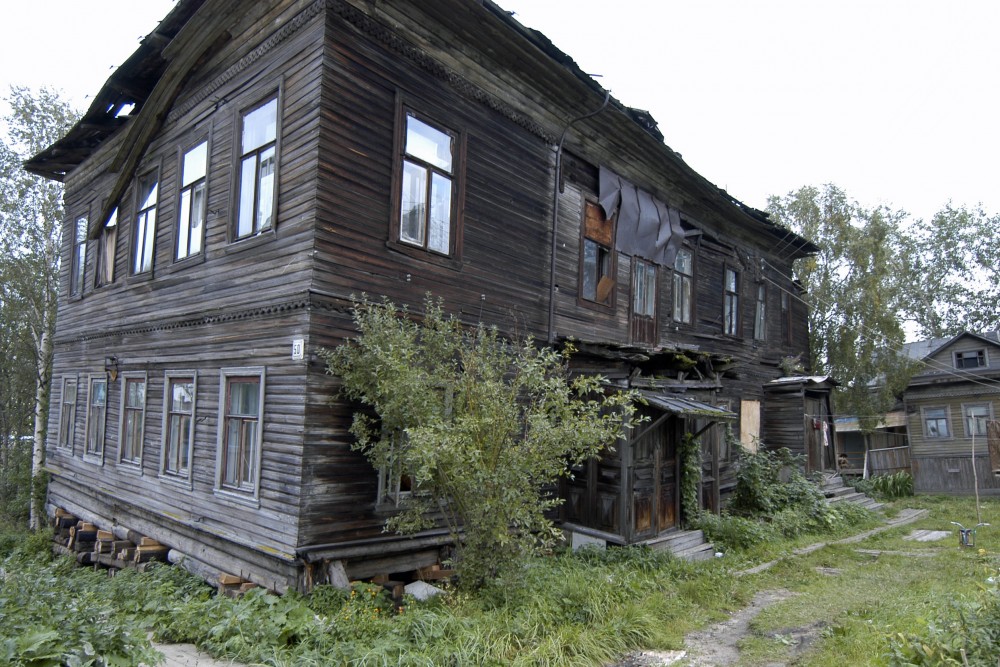 This is one of several old wooden houses in bad shape in Arkhangelsk. Photo: Thomas Nilsen

No time to erect a Potemkin village on Lomonosov Prospekt before the president’s motorcade drives by.
Read in Russian | Читать по-русски
By

Two apartment buildings in bad shape are being demolished. A city official tells Flashnord news portal that it was decided to tear them down instead of covering them with curtains.

The two buildings are on Lomonosov Prospekt and could be within view of the Russian president that will drive the street on his way from the airport to the Arctic Forum on March 30th.

A video of the demolishing was posted on YouTube Tuesday this week.

More than 800 foreigners are expected to attend the Arctic Forum.

City authorities in Arkhangelsk are doing what they can to prepare the centre to be in tip-top shape before the Forum starts, a note on the portal of the city reads.

Vladimir Putin will give the speech, entitled “People in the Arctic”  at the Arkhangelsk Lomonosov Drama Theater at 16.00 on March 30th, according to the program of the Arctic Forum.