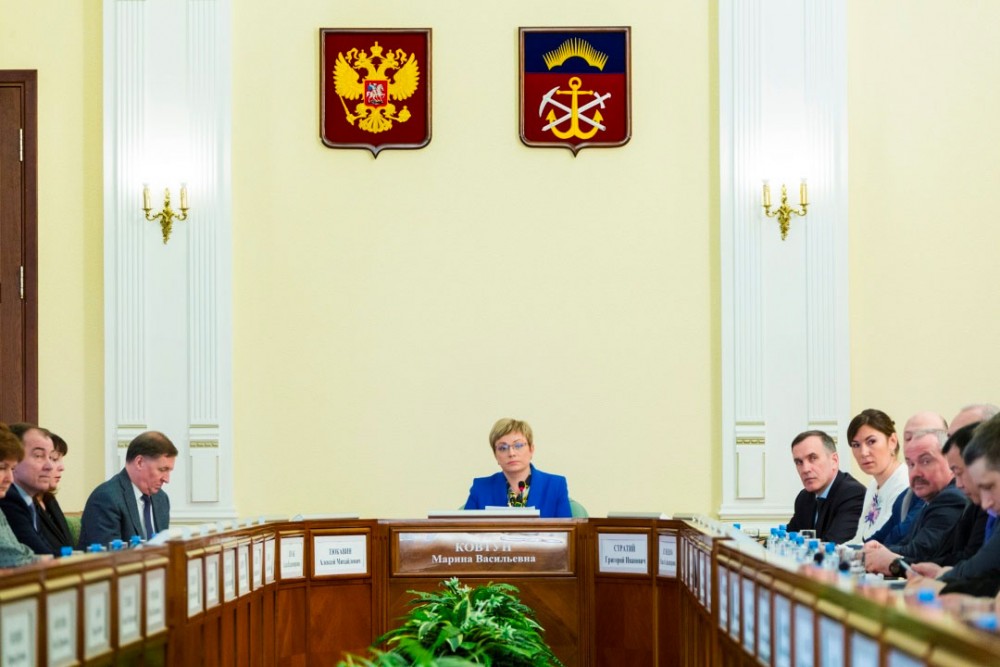 According to a new order issued recently by the governor, Vice-Governor Alexei Tyukavin has lately taken over most of the governor's key functions. Marina Kovtun, the current Governor of Murmansk region has only housing and financial inspection left under her control.
By

This is the seventh redistribution during Kovtun’s tenure.

In comparison with the director’s office of 2016, Alexey Tyukavin’s functions have risen in both quality and quantity. Previously, he had seven functions under his control. Currently, he has twenty.

In addition, the language of the new document now shows that his job is not only to coordinate these projects but to fully take control over them.

In fact, according his new sphere of influence, Tyukavin has basically become the chairman of the government - a post that disappeared in the days of former governor Yuri Evdokimov from 1996 to 2009.

What does all of this mean?
There are several options that are not mutually exclusive:

1. Kovtun needs a straw man to shoulder the burden of guilt if something happens. Gennady Mikichura, who served as Prime Minister of Adygea within the State Assembly of the Republic of Adygea for 8 months in 2003 after the first serious protest rally is a good example.
2. Kovtun is tired of even pretending that she does anything except going fishing and showing up to swap faces at events and in high offices

3. Tyukavin is squeezing out the very last drops of power he can while simultaneously threatening to leave “Novatek”.

4. Norilsk Nickel values ​​the quality of Kovtun’s work (or is simply assuming she is planning on resigning) in defending corporate interests and attracting federal funding towards the company’s main holdings. (Does anyone else remember the Nickel integrated investment development project settlement worth 33 billion rubles?)

What do the other deputies do?
In the background, the responsibilities of the other deputy governors look rather modest by comparison. None of them has any real authority and their actual function has been reduced to “coordination work” and “giving instructions”.

In fact, Babenko is now sort of a butler: he manages the purchase of curtains, hairdryers, hotels and Kovtun‘s flights, the governor’s table and media supplications. But at the same time, he has managed to alienate both Tyukavin and Andranik Musatyan, the owner of the ‘madhouse’ Arktik-TV channel, the only media outlet dangerous to office by having gotten their spouses fired.

Yevgeni Nikora coordinates and advises on energy, garbage, construction, ecology and natural resources, as well as improving the effectiveness of everything he touches.

Anatoly Vekshin simply tramples the Duma, saying political parties “must be involved with the promotion and development of a civil society”, including indigenous minorities, e-government and, of course, elections.

And along these lines, he has gotten rid of all the bunglers connected with building relations with the media, extortions, useless dead weight and “gifts”. This is the local Surkov.

Inna Pogrebnyak is responsible for all social, educational, cultural and health services.

The document also points out Kovtun’s specific functions as governor. Quoted literally:
The Governor of the Murmansk region will continue to have responsibility for the coordination and control of the activities of the Committee for State and Financial Control and the State Housing Inspection committee of the Murmansk region.