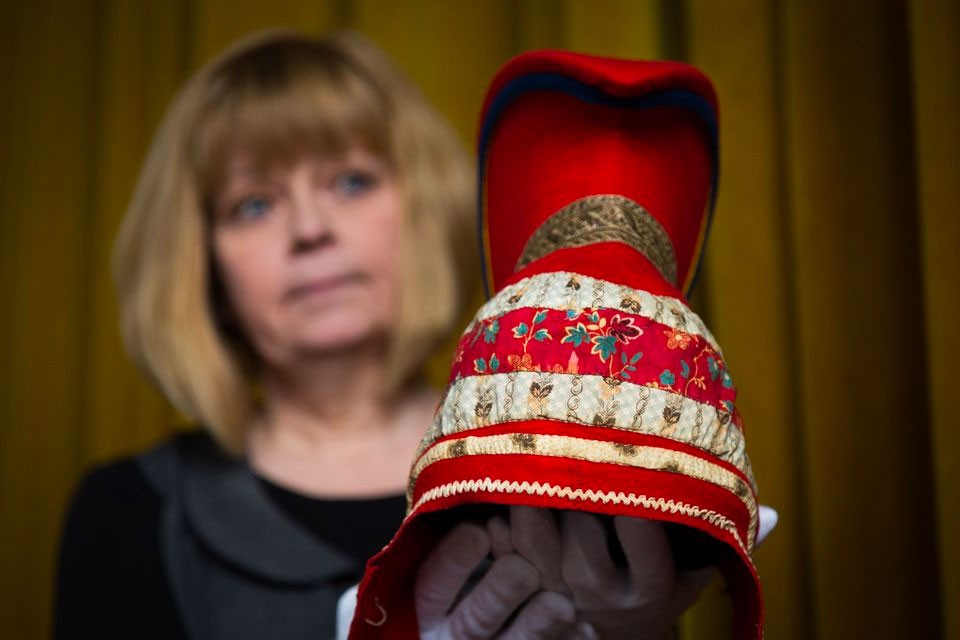 The National Museum of Finland and the Sámi Museum Siida have signed a letter of intent on the repatriation of a Sámi collection. The National Museum will return altogether 2,600 Sámi artifacts.
Read in Russian | Читать по-русски
By

The National Museum of Finland will repatriate a large Sámi collection to the Sámi Museum Siida.

On 5 April 2017, the two museums signed a letter of intent which entails that 2,600 Sámi objects will be returned to the Sámi Museum Siida in Inari, northern Finland. The collection contains the oldest Sámi objects found in Finland.

Sari Valkonen, the Director of the Sámi Museum, is pleased with this historical news.

“This is the greatest news ever in the history of the Sámi Museum. The day when we signed the letter of intent was one of the most important days we’ve had. We can’t even grasp all the consequencies of this agreement yet,” Valkonen says.

The Sámi collection of the National Museum has been accumulated over a period of hundreds of years, and nowhere in Finland has such a wide variety of Sámi objects been kept and documented.

A third of the 2,600 Sámi artefacts of the National Museum are Skolt Sámi objects from the old Suonikylä and Petsamo, the earlier home regions of the Skolt Sámi.

“I especially look forward to getting back silver jewellery and antler and bone objects, as we have few of those here. But, of course, we’re talking about a huge collection: 2,600 artefacts; at the moment, we at Siida have approximately 7,000 objects. So we’ll be getting objects of great value to our museum. Interestingly, a third of the collection consists of Skolt Sámi objects, and as they’re originally from the regions of Suonikylä and Petsamo, I must admit that we’ve been touched to tears by the news.”

Elina Anttila, the Director General of the National Museum of Finland, is happy about the fact that the Sámi collection will benefit the whole Sámi society.

“I know that these artefacts will be used to a great extent in Siida. People in the region know how to make traditional Sámi handicrafts. They’ll be able to base their own designs on them and to understand the objects much better than researchers who’re not as familiar with the Sámi tradition.”

However, it is not yet time to transfer the collection to Inari, as Siida does not have room for the 2,600 artifacts.

According to the letter of intent, the National Museum will repatriate the objects to Siida after its extension.

“Our collection facilities are crammed, so it’s impossible for us to receive 2,600 artifacts at this point; we can do it only after our planned extension has been completed. First, we need money, and the Finnish Government will deal with our extension project in its budget negotiations at the end of this month. We, of course, hope for a favourable decision,” Sari Valkonen says.

The Sámi Museum Siida was inaugurated almost twenty years ago. For a long time, the Museum has been studying the whereabouts of Sámi collections. The repatriation of the artifacts has also been discussed to a great extent recently.

According to Elina Anttila, the Director General of the National Museum of Finland, this is a good moment to begin planning the repatriation of Sámi collections to Sápmi.

“There’s more and more discussion on returning cultural heritage to the communities to which the artifacts belong. It wasn’t even possible to think about it in the 1990s, as the Sámi Museum Siida didn’t have the proper facilities at the time.”

“We now hope that Siida will succeed in its extension project, so that the transfer of the collection can take place.”

The National Museum will transfer the Sámi collection to Inari after Siida’s extension. The extension should be completed by 2020.

However, the first artifacts of the collection will come to the Sámi Museum Siida in 2018. They will be part of an exhibition commemorating Oivoš Juháni, or Johan Nuorgam, the founder of the Sámi Museum; the exhibition will be opened when Siida celebrates its 20th anniversary on 1 April 2018.