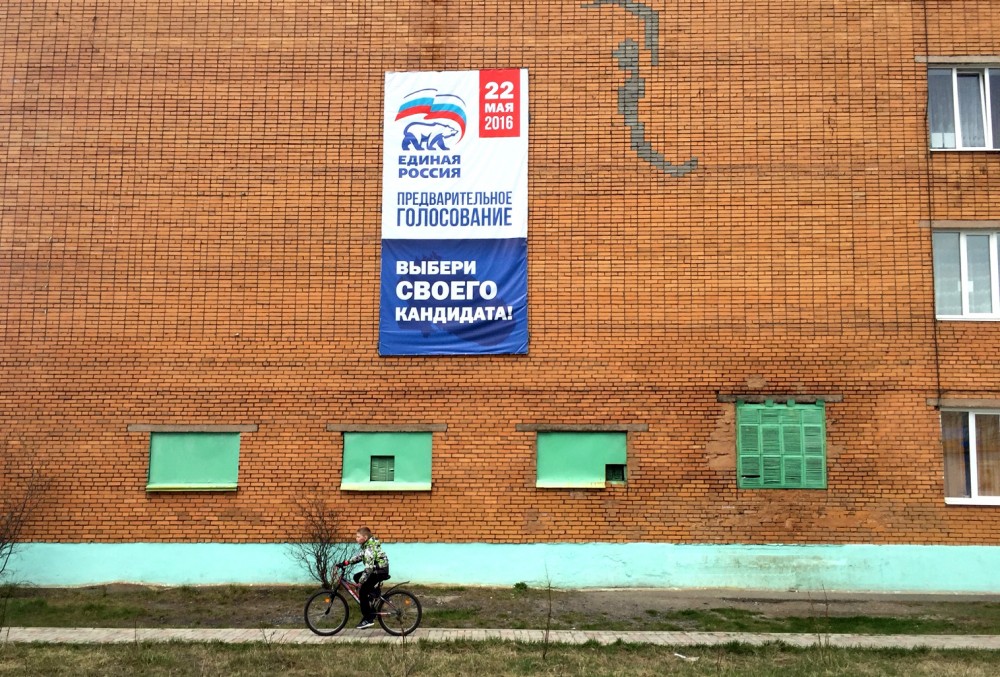 Last elections in Russia were to the State Duma. The next will be for president. Photo: Atle Staalesen

As always, the upcoming elections are expected to be unprecedentedly honest and even more transparent than ever. To this end, regional parliamentarians are invited to approve the following changes to the law:

1. The process of sending observers to polling stations will be  simplified. Sending an advance list of election observers to the elections commission will no longer be necessary for the candidates and observers will now be allowed to move between several commissions rather than being assigned to only one.

2. Shooting video in polling stations will now be allowed.

3. The requirements for signature lists (for petitions for having one’s name included on the ballot et al.) will be mildly simplified.

4. And the most important innovation: No one will be allowed to send in absentee ballots. According to the new law, in order to cast your vote from some location other than your official permanent address, all you need to do is to hand over a simple application form to the election commission at whatever location you happen to be. In our current system, votes are actually secret and are not counted including individual names. Doesn’t the possibility exist that some nefarious person might want to make use of your vote back home? And in the old system, it was also possible to receive more than one absentee ballot, which of course allowed the possibility of voting at a more liberal rate.