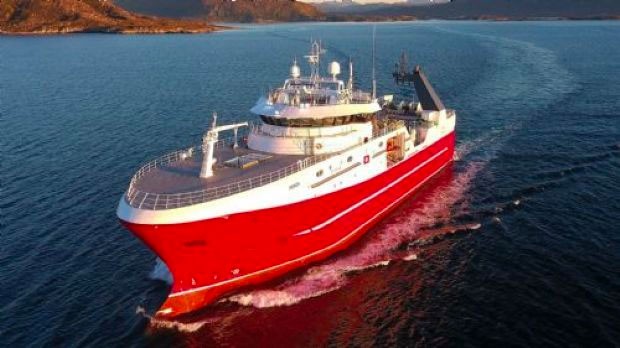 The arrest of the «Remøy» by the Russian Coast Guard has triggered hectic diplomatic efforts by Norway.
Read in Russian | Читать по-русски
By

The shrimp trawler was detained in the Russian part of the Barents Sea on 10th May. Since then, the ship and its crew of 17 been has been docked in the Murmansk port.

«This sum is in no way in line with the realities in the case, and it makes it impossible for the shipowner alone to cope with the situation», he underlines in a comment posted on the Association website.

The case has now been taken to the diplomatic level. Representatives of the ship owner and the Fishing Vessel Owners Association last week met with the Norwegian Ministry of Foreign Affairs and the Fishery Directorate.

The Foreign Ministry and the country’s General Consulate in Murmansk are now engaged in a diplomatic effort aimed at getting the ship and its crew released.

The Norwegian Fishery Directorate confirms that an administrative error on the Norwegian side is the reason for the detention of the «Remøy». The trawler had applied for license to shrimp catch as part of a Norwegian quota in Russian waters. The license was issued, however the documents submitted by the Directorate to the Russian side included mistakes.

The €9,6 million demand from the Russian side is more than ten times higher than the value of the catch on board the trawler. The ship owner refuses to pay, arguing that the sum is far beyond the levels applied in cases of illegal catch.

We have done nothing wrong, the ship owner underlines.

«Norwegian shipowners will no long dare to fish in Russian waters, and already today the Russians catch ten times more in Norwegian waters, than we do on the Russian side», he adds.

Since its establishment in 1974, the Commission has dealt with issues such as the stipulation of quotas and minimum sizes for jointly managed live marine resources, regulation of mesh width in nets, use of fish sorting grids in trawlers and the introduction of satellite monitoring of fishing and transport vessels in addition to a number of other issues related to strengthening control of catches of live marine resources, the Commission website informs.