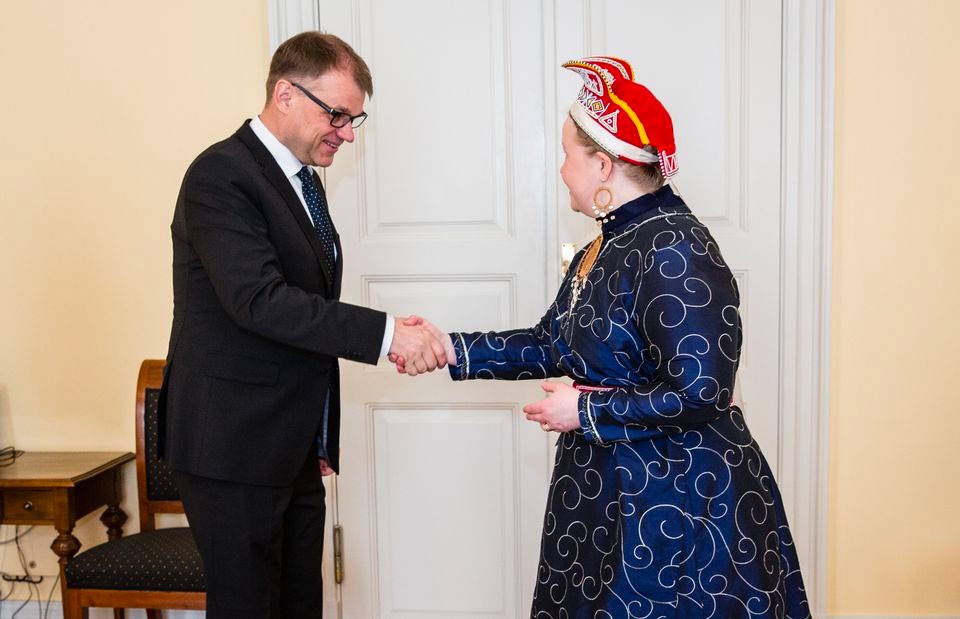 We have agreed to start the process as soon as possible and in good cooperation between the State and the Sámi, says Tiina Sanila-Aikio, the Chair of the Sámi Parliament in Finland.
By

On 5 May, the State of Finland and the Sámi Parliament officially agreed to launch a truth and reconciliation process.

«It means that we will now begin negotiations on how to start the process: what the content, mandate and resources of the commission will be. This year is the centenary year of Finland’s independence, with “Together” as a theme of the year, so we’ll also call this process “Together” from now on», says Tiina Sanila-Aikio, the Chair of the Sámi Parliament.

The launching of a reconciliation process has been one of the goals of the Finnish Sámi Parliament this term. On the practical level, very little has been agreed upon. This does not, however, dampen Sanila-Aikio’s enthusiasm.

«It’s a big thing that the State and the Sámi Parliament have officially agreed on starting this process – a process that is needed according to the Sámi community; I feel that this is extremely important.»

The first occasions already in the autumn

According to a press release from the Government, the spirit of the meeting between the Prime Minister and the Sámi Parliament was open and good.

According to the Government, the parties agreed on launching the reconciliation process as quickly as possible. Johanna Suurpää, who is responsible for Sámi matters in the Ministry of Justice, does not yet want to tell more about the progress and the conditions of the process.

According to Sanila-Aikio we may get more information on the matter in a few weeks.

«I believe that the first occasions connected with the process will take place as soon as the autumn. Of course, many things need to be settled before that, and there’s a lot to agree on. But I hope that we’ll know more about this in June», Sanila-Aikio says.

A new beginning between the Sámi and the State?

The relationship between the State of Finland and the Sámi Parliament has been difficult in the past few years. One reason for this is the rejection of Sámi bills during the previous term of the Government.

Furthermore, the views of the Sámi Parliament have not been taken well into consideration by the present Government, either. The latest disappointment concerned the passing of the Teno River Fishery Agreement despite the opposition of the local people and the Sámi Parliament. The Sámi Parliament has also acknowledged internationally that it does not have trust in the decision-makers of Finland.

Chair Tiina Sanila-Aikio does not want to elaborate on the issue of trust at the moment.

«It’s hard to say. We’ve had to give in and fight about things so many times recently. I hope that this is the first step towards a better future. But we know that the situation has not changed: the State still holds all the cards,» Sanila-Aikio says.