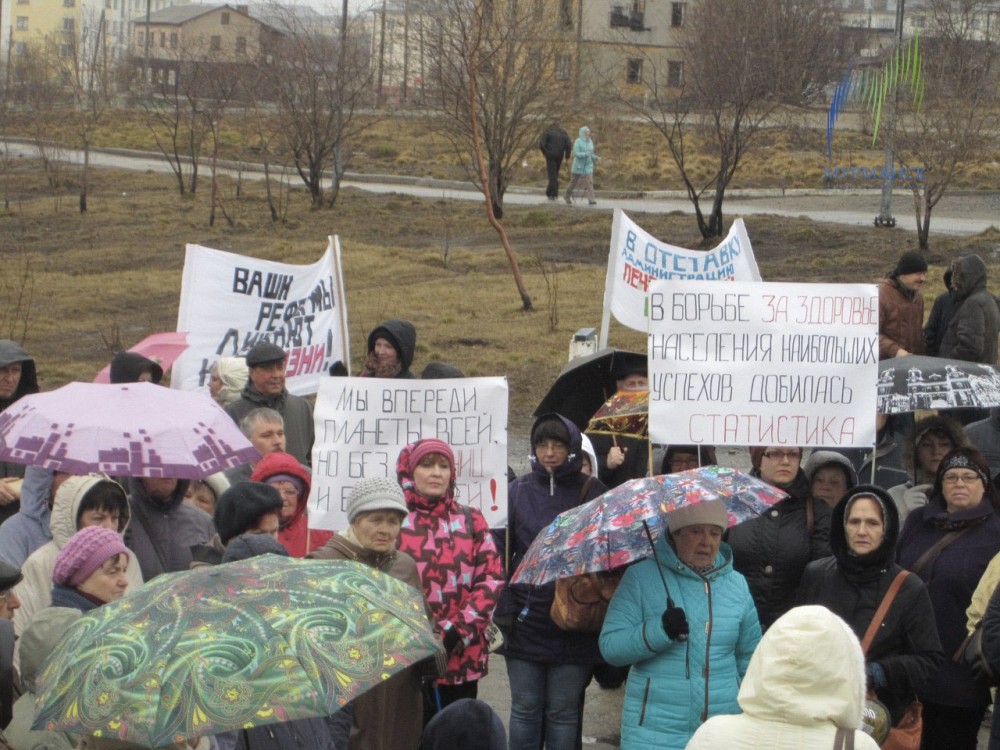 Protesters call for the resignation of hospital leaders and the responsible regional minister as local healthcare increasingly comes into disarray.
Read in Russian | Читать по-русски
By

Medical staff is cut, there is a lack of medicine and the local healthcare center has been moved into new and inconvenient premises, the protesters stressed in the their rally held in a local square this weekend.

Regional health authorities consider a recent «optimisation» of healthcare in Nikel a success and argue that results are good. Locals see it otherwise.

According to the protesters in Saturday’s rally, there is a serious lack of qualified medical personnel in the local hospital and local health officials fail to hire available experts because of private intriges.

The main slogan of the protesters was «We want accessible medicine!». In a letter addressed to regional Governor Marina Kovtun and the regional Duma, they demand the resignation of the local hospital leaders, as well as regional Minister of Health Valery Peretrukhin, SeverPost reports.

According to local news resource Zapolyarny Vertikal, there were more than hundred people present in the protest. Also local municipal Mayor Aleksandr Morozov and leader of the local administration Eduard Zatona

The protest comes only two weeks after regional Governor Kovtun visited the municipality. During that visit, the state of local healthcare was one of the issues on the agenda.

According to SeverPost, the regional administration of Marina Kovtun prohibited all government-controlled media to report about the rally in Nikel.

Nikel is the administrative center of Pechenga Rayon, the municipality bordering on Norway and Finland. About 37,000 people live in the area.