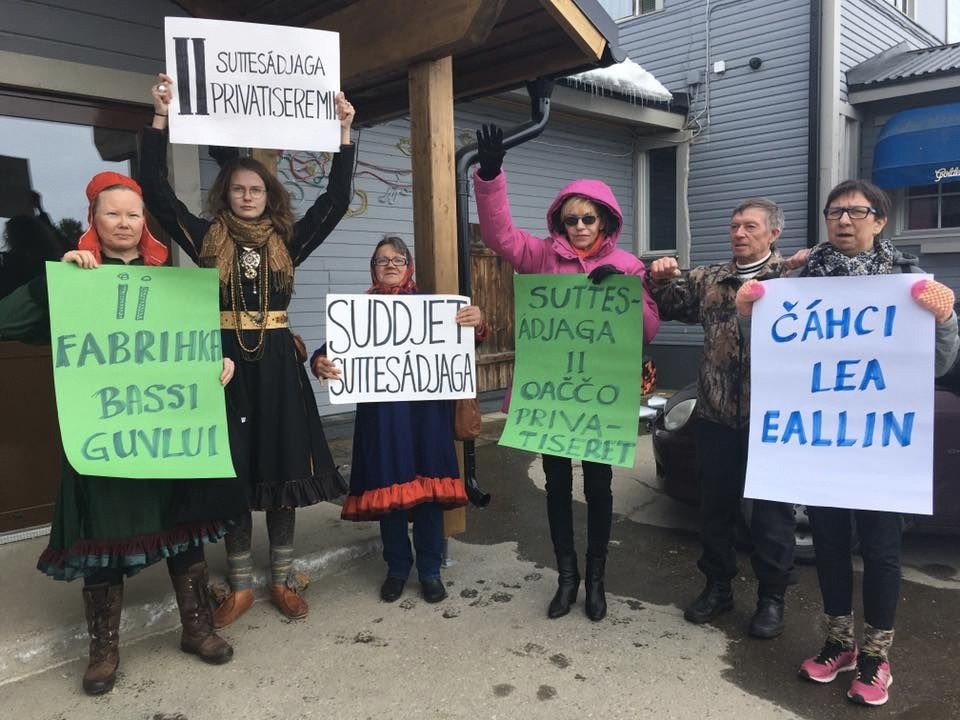 Finnish land and forestry authority Metsähallitus says it will not allow water bottling from the Suttesája brook in the northern Lapland region. Local Sámi opponents of the project rejoice.
Read in Russian | Читать по-русски
By

On 29 May, Metsähallitus announced that it will not lease out land for water bottling near the brook Suttesája.

The authorities have now heard the opinions of local people and wanted statements from the Sámi Parliament and the Sámi Museum, for example. Jyrki Tolonen, the Regional Director of the Parks & Wildlife Finland of Metsähallitus, says that the Sámi Museum is the authority on the antiquities of the Sámi Area and that their view has been clear in the negotiations Metsähallitus has recently conducted on the issue.

Kirsi Paltto has opposed the project from the very beginning and is prepared to protest against water bottling plans for a long time if necessary. Thus, Paltto is glad about the decision.

“I’m really happy now, and relieved too, because we decided that we’d go all the way and fight until we got the right decision. So it’s great that they have realised already now, at such an early stage, that Suttesája is a special area and that you can’t have a water bottling production plant there”, Paltto says.

Paltto is pleased that Metsähallitus understands the significance of the area.

Rejected the application – did not prohibit bottling

Regional Director Jyrki Tolonen says that the decision is permanent as concerns the area with ancient monuments.

“The Sámi Museum is the authority that is responsible for antiquities in the Sámi Area, and its view is clear. We have just negotiated on the issue”, Tolonen says. However, the decision does not prohibit bottling.

“As a matter of fact, this is not a prohibition, but a decision which rejects the application. Of course, Metsähallitus can’t do anything if another application is submitted. But if it concerns the same area, we can make a decision rapidly and reject the plans in the area where there are ancient monuments”, Tolonen explains.

Veikko Porsanger, one of the people who have applied to lease land near the brook Suttesája, did not want to comment the issue when the journalist of Yle Sápmi read the decision to him on the phone. He said that he may comment the matter later when he knows how the applicants will proceed in the case.