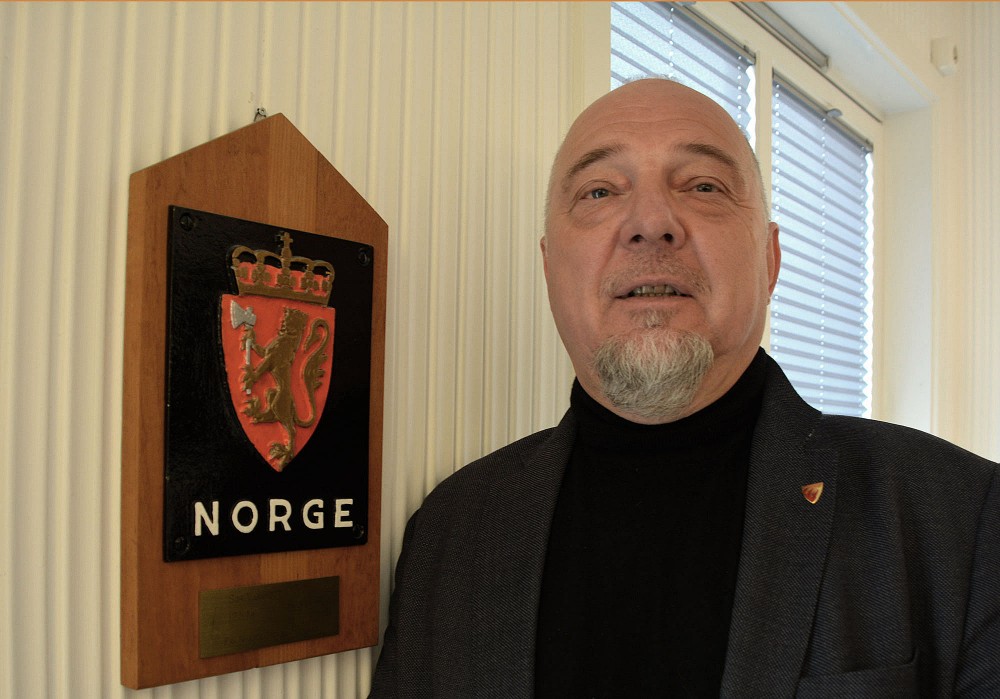 Norway spends hundreds of millions on nuclear clean-up at Russia’s dump site located near the two countries’ border. But local Norwegian authorities are not taken aboard in the process.
Read in Russian | Читать по-русски
By

His municipality has 196 km of border with Russia, and it is just a short ride from the Kirkenes town hall to the Andreeva Bay, the major Russian dump site for spent nuclear fuel.

«If something happens in Andreeva, we would be among the first to feel the consequences», Rafaelsen says to the Barents Observer.

The town mayor underlines that local representatives should have been part of the Norwegian government delegation visiting the dump site today.

Norwegian Foreign Minister Børge Brende travels with a major delegation of government officials and experts. But there are no local representatives included.

Minister Brende is on site to mark the first shipment of spent nuclear fuel out of the old rundown storage site.

«We should have been invited to take part in the delegation», Mayor Rafaelsen says. «We should have taken for granted that national authorities involve local expertise in the process».

According to the local mayor, Kirkenes has its own carefully elaborated preparedness plans for cases of nuclear accidents on the Russian side of the border. And there is solid local expertise, he argues.

Also other local institutions have procedures for conduct in cases of nuclear accident. Local leader of the Norwegian Civil Defence unit in Kirkenes, Terje Meyer, confirms to the Barents Observer that his personnel annually does this kind of exercises.

In cooperation with the Norwegian Radiation Protection Authority, Meyer has six mobile measurements patrols at hand which can take action if needed.

Also the local Kirkenes hospital has preparedness plans for a nuclear accident on the Russian side of the border.

The Andreeva Bay storage site holds as much as 22 thousand spent nuclear fuel elements, all of it a legacy of Soviet-era policy. It is located in the Litsa fjord on the Russian Barents Sea coast.

Since the 1990s, the site has attracted huge international attention since most waste were stored in poor conditions, partly outdoor. Norwegian authorities have alone granted millions in aid to secure and clean up the site.

The first containers with the highly radioactive uranium fuel elements are this week due to be shipped from Andreeva, along the coast of the Kola Peninsula to Atomflot base in Murmansk and from there further by train for reprocessing in Mayak in the South Urals.