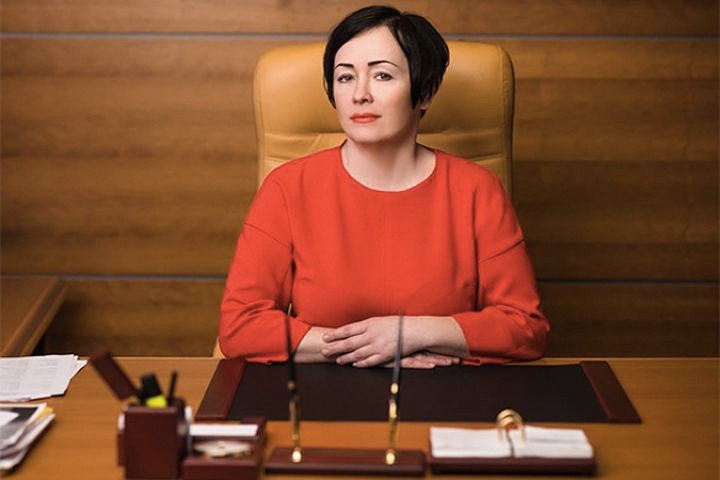 Just over a month ago, Elvira Makarova, former Minister of Natural Resources and Ecology of the Murmansk region lost her post.

The reason for her dismissal was the decision of the Murmansk region Anti-Corruption Commission. The Commission considered the issue of a ministerialdacha, a plot of land issued to Makarova so that she might enjoy  “recreational activities” there. The dacha is a 4.9 hectare plot of land (approximately seven football fields) located in the protected forest park area near the Kildinsky lake in the Kola district. Information about this little cottage silently fell into the ears of the anti-corruption commission in the form of a fragment of a supplementary agreement to the lease.

In the agreement were the signature and details of the landlord, Aleksey Smirnov, the regional Ministry of Natural Resources, and the lessee, Alexander Kobytev, who at that time was the deputy regional minister of the Housing and Communal Services commission.  Kobytev was represented in the agreement as the chairman of the board for an entity known as ‘Rodnichok’, a non-commercial ‘dacha’ partnership (DNP) . But upon inspection, it became clear that the founders of DNP Rodnichok were 11 individuals, at least half of them former and current employees of the regional government. The first name listed in that document was of course the Minister of Natural Resources and Ecology of the Murmansk region, Elvira Makarova. And that DNP Rodnichok’s registration address completely coincided with Makarova’s residence permit address, the case seemed rather cut and dry.

By the ratio of the voters, all decisions are concentrated in the hands of the governor since most of the members of the commission are subordinate to her office. And for this reason, there have never been particularly sticky scandals with this commission. This case with Makarova however is special and law enforcement officers are particularly interested in the activities of DNP “Rodnichok”.

On May 26, the governor issued decree No. 63-PG “On EV Makarova’s release from the duties of her position”. In the document, there are only two points: the first is that her post is to be vacated and the second is her exclusion from the Murmansk region government for life. And in the press release, it was also made clear that Makarova’s dismissal would be accompanied by a lifetime ban.

But what these documents do not say is if there is to be any further investigation into the crime itself nor if there would be any further actions or more serious consequences from the regional government. And herein lies the intrigue: Has Kovtun dismissed the minister while at the same time, protected a girlfriend who knows a lot about the governor’s own fishing-hunting habits?

If you look at the procedural provisions for issues under consideration by the commission for the coordination of work combating corruption, you will see the following:

Subparagraph b) clause 13: the commission can decide that there are signs of a violation in any case under consideration and to remove a person holding public office from their official duties due to their behavior

In this case, the Commission has to prepare a report and send it to the appropriate official (ie the Governor of the Murmansk region), who is authorized to decide on the dismissal of such an office holder. And this can be done in connection with a loss of confidence.

But in this case, there is no such order. There is the order of dismissal. But that the reason for the dismissal is in connection with a loss of trust is simply not there.

Moreover, according to information from Bloger51, the story actually reads that Mrs. Makarova went on leave to care for her child and then while on leave, applied for resignation at her own request. This statement is satisfied by the decree of May 26  in which there is not a word about the reasons for the dismissal. And by allowing this to be the official progression of events, all bureaucratic bonuses for longevity of service, retirement and whatever else she may have coming, remain intact!

So, it seems that Marina Kovtun has decided to put a friendly spin on everything, including potential regulatory and legal acts against Makarova. The Minister of Environmental Development submits an application for dismissal, Kovtun signs it and in doing so, makes life rather simple for her knowledgeable girlfriend, including protecting her against any regulatory actions and at the same time, deflecting the most serious consequences.

So, it was another juggling and manipulation of regional authorities. But despite the cleverness, in the end the governor’s girlfriend could not be saved from one rather weighty issue and a criminal case has been filed against Elvira Makarova under Article 285 of the Russian Federation Criminal Code regarding abuse of official authority.

Inundated in recent months, Kovtun has been in the spotlight: She has been excluded from the leadership of One Russia, just a Murmansk girl from Apatity; a commission from the health department is coming to the Murmansk region and now, she is also a criminal for a person from her close inner circle.