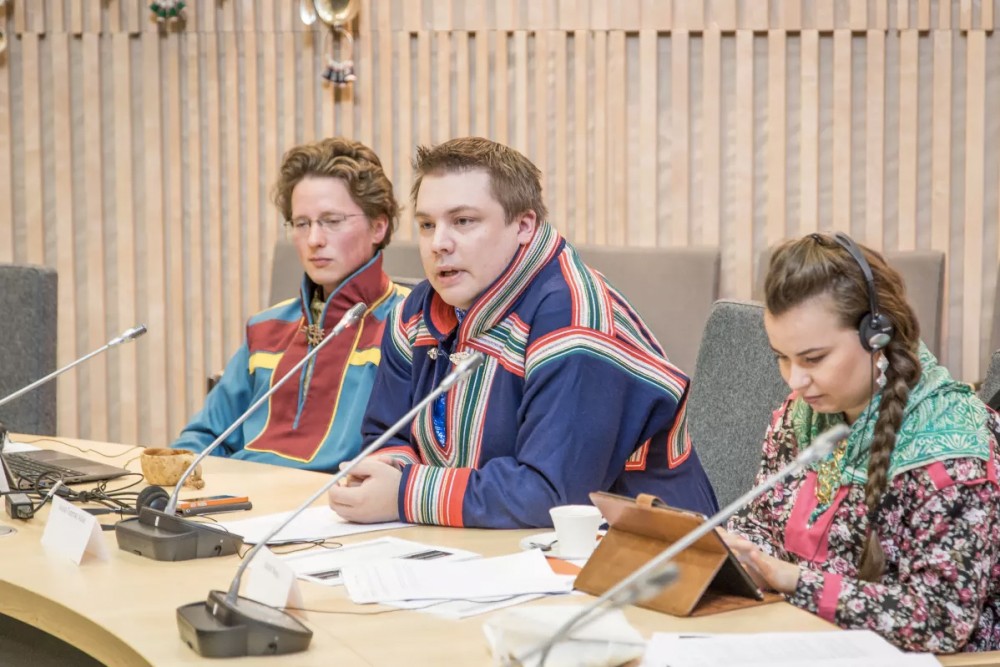 The Finnish Sámi Parliament has authorized its Executive Board to work for a truth and reconciliation process. Tuomas Aslak Juuso, the Second Vice-Chair of the Sámi Parliament says that the next step is to discuss the mandate of such a commission with the Government.
Read in Russian | Читать по-русски
By

The purpose of the Truth Commission will be to investigate and spotlight the discrimination of the Sámi in the past, and to improve the relationship between the Sámi and the State on the basis of the information gathered by the commission.

«The plenum decided to give the Executive Board full authority to promote the matter. The next step is to discuss the mandate of the commission», says Tuomas Aslak Juuso, the Second Vice-Chair of the Sámi Parliament in Finland.

In Canada, for example, the work of the Truth and Reconciliation Commission has been beneficial, and, as a result of its work, people have been given damages for their mistreatment. The Commission, which was founded in 2008, examined what the 150,000 indigenous children had to go through in residential schools; the Commission also submitted proposals on how to concretely improve the situation of Canada’s indigenous nations.

“The Commission must be independent”

In their meeting in May, Prime Minister Juha Sipilä (Center Party) and the Sámi Parliament agreed on launching a truth and reconciliation process.

The commission needs a clear mandate for its work. The mandate will be the next topic of the discussions between the Sámi Parliament and the State.

“The States must commit themselves”

The theme of a truth and reconciliation commission has also been discussed in Sweden and Norway.

Thus, the question of whether the commission should become a broad, joint process between Finland, Norway and Sweden was also reflected on at the plenum of the Finnish Sámi Parliament, as the discrimation of the Sámi has, after all, had an impact on Sámi in all the three countries.

Still, Juuso would prefer to promote the issue initially through a separate commission in each country.

«I believe that we will have separate commissions in the different countries at first, but the commissions may end up having extensive discussions on their measures,» Juuso says.

He also emphasizes that it is important that the Sámi and the Sámi Parliaments now have close contact with each other across the national borders.

«We Sámi and our parliaments need to discuss the possible ways of promoting the issue; we also must reflect on which matters need to be taken into consideration when creating and negotiating the mandates. This is the time to discuss the issue.»

Juuso is of the opinion that if the commissions work separately, the states should commit themselves to their work more firmly.

He says that having a separate commission in each country will probably enhance commitment. As the Sámi also want to cooperate with the State during the work of the Truth and Reconciliation Commission, it is essential that the State is committed to the work.

The Sámi Parliament should not limit the scope of the commission

In Finland, several members of the Sámi Parliament would like to limit the period that will be investigated by the commission. Some members would like to make sure that the investigations will extend far enough into the past so that all the cases of mistreatment would be discovered.

However, other members are worried that the experiences of the Sámi who are alive today will not be sufficiently dealt with by concentrating on distant history. Therefore, Juuso feels that the commission must reflect on how extensively it will look at the history of the Sámi. In his opinion, the Sámi Parliament should not limit the scope of the commission.

«I believe – just as we heard at the plenary session – that, during the process, we will find the right periods and interviewees; that the people who are involved in the process will tell about things according to what they have experienced, seen and heard,» Juuso reflects.

Norway has decided to establish a commission

Recently, the Stortinget of Norway decided to found a truth commission in Norway.

Its purpose will be to investigate the policy of Norwegianization and the mistreatment of Sámi and Kvens in Norway. Only two parties of the Government opposed the founding of the commission.

First, the State of Norway founds, together with the Sámi Parliament, a working group, which will have at its task to reflect on the mandate of the commission and to find a name for the body.