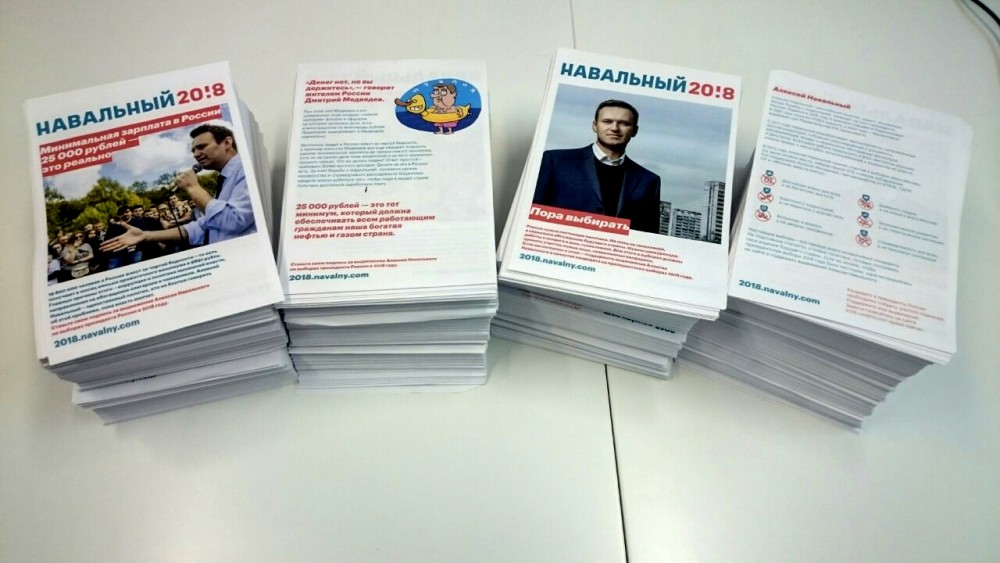 The newspapers and brochures never made it to the street of the Arctic city, as local police says it contains signs of extremism.
Read in Russian | Читать по-русски
By

According to opposition politician Aleksey Navalny’s campaign staff in Murmansk, the materials were held back at the delivery point of the transportation company which had brought the shipment from Moscow.

A person had reportedly called the police and warned about «extremist contents» in the materials.

Leader of the local campaign Violetta Grudina says she was called to the police office to give a statement, but that she refused.

The materials were intended to be used at the so-called agitation community clean-up, a partly political meeting, partly a litter-pick organised this weekend.