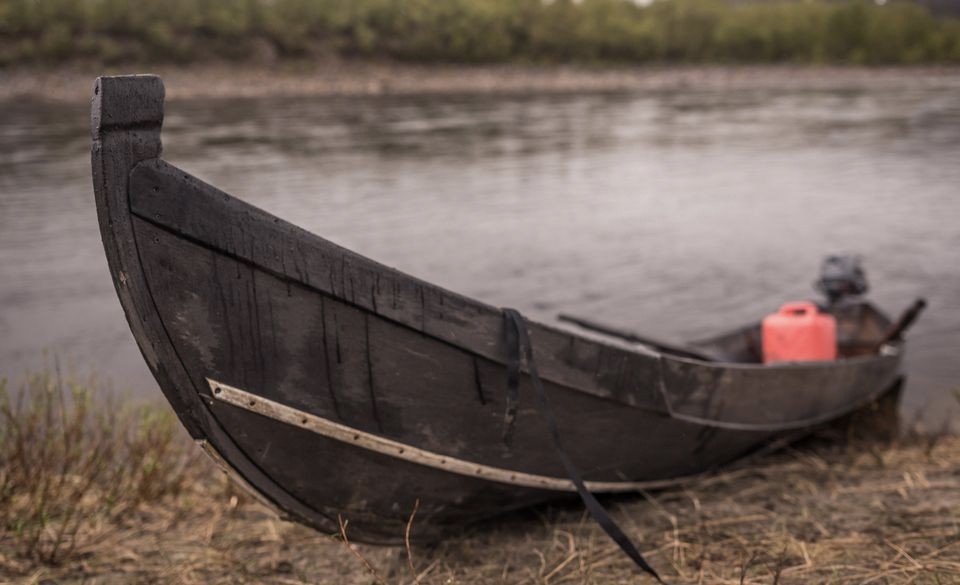 The ones who run a business in Utsjoki, northern Finland, are in distress as the new fishing restrictions in the River Teno have driven the tourists to fish in other rivers.
Read in Russian | Читать по-русски
By

In the fishing tourism of the River Teno, early July should be the busiest time of the summer for business people. Usually, all the cabins have been rented and you can see boats everywhere on the river.

But now, you can hardly notice that the fishing period for tourists has been going on since 10 June. There are a few cars driving in the village and a few caravans parked in front of the store Uulan Säästö. Uula Tapiola who runs the store sighs.

«They’re obviously trying to get rid of tourists who come here to fish.»

«The number of clients has gone down by 30–40 percent. And the percentage is even bigger for the fishing licences sold: the figures have decreased from earlier by 60 percent.»

«There are really very few fishermen who have come here; there are almost no boats on the river now,» Valle says.

Petteri Valle has just built a new hotel on the River Teno, and, earlier, he needed to employ many people to row the fishing boats for tourists.

«We used to have 15 boats, and, at this time of the summer, they were all out there, on the river. Now we only have three boats. So the number of tourists who come here to fish has really gone down.»

«It’s, of course, not a good situation for us. It wasn’t supposed to go like this. They told us that the new regulations would decrease the whole catch by a third. I said right away that it would be much more. They didn’t believe me, but the catch is now 70–80 percent smaller,» Valle says.

“The fishermen have gone to fish on the River Tornio”

Uula Tapiola believes that the tourists have disappeared from the River Teno because of the new, stricter fishing regulations and gone to the River Tornio instead.

«As far as I know, the tourists are going to the River Tornio. It’s all packed there; they’ve rented all their cabins and boats for the whole summer,» Tapiola says.

On the island Čearretsuolu, Sámi activists have declared a moratorium in order to prevent the implementation of the Teno River Fishery Agreement at least in the neighborhood of this island in Utsjoki. Tapiola feels that it is a good way of demonstrating.

«I’m glad about it, because we have no choice. They’re doing the right thing: we need to start doing something.»

Tapiola wouldn’t be surprised if someone decided to use even tougher methods.

«If this was, for example, France, we could already have quite an uprising here,» Tapiola concludes.