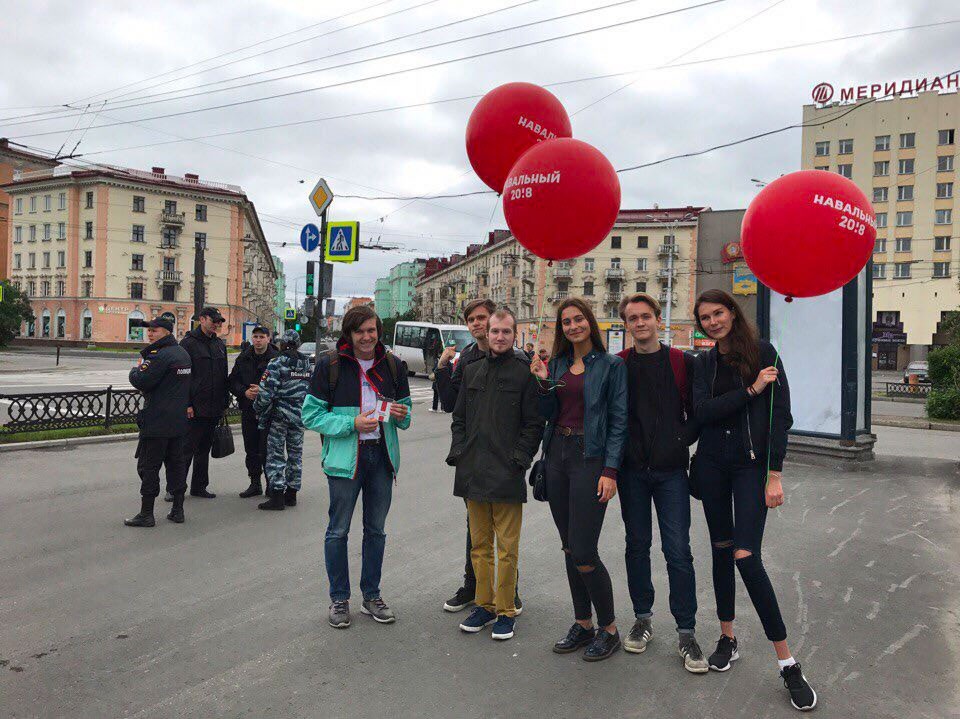 Among the seven people hooked in by law enforcement officers were regional campaign leader Violetta Grudina.
By

According to police, the distribution of campaign newspapers and balloons were made in violation of regulations on public meetings, the Navalny campaign website informs. A total of seven volunteers and members of Aleksey Navalny’s campaign staff in Murmansk were involved in the incident.

The detentions were made on the downtown Five Corners Square and the detainees taken to a nearby police station. They were released later the same day.

Among the detainees were four under-aged individuals, and police summoned their parents to the police station and reportedly warned them against letting the youngsters engage in the activities of Violetta Grudina.

The new Murmansk office of Aleksey Navalny officially opened on 31 July. It is the 68th of its kind in Russia. From before, Navalny has two offices in the Russian north; in Syktyvkar and Vorkuta, the Komi Republic.

Plans are underway to open an office also in the Republic of Karelia.

The office The Russian presidential elections are due in March 2018.