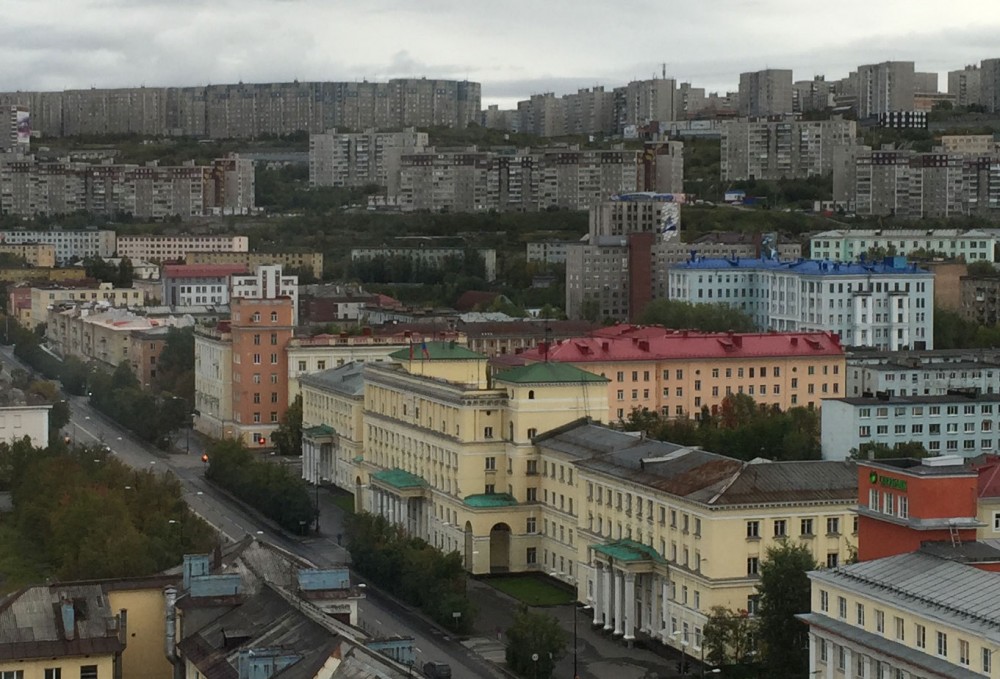 On Thursday, the FSB seized documents in two dozen organizations in Murmansk, including the regional administration offices
By

Yesterday, this author spent most of the afternoon with international trade forum member Oleg Andreev. Mr. Andreev, a professor at the Murmansk branch of the Baltic Institute of Ecology, Politics and Law, was talking about his adventures with a development company who had unsuccessfully tried to sue him for criticizing their having broken several deadlines for apartment rentals.

We were enjoying lunch outside by the Congress Hotel “Meridian’s” café but at that moment, a minibus drove up to the entrance of the hotel, several people in suits jumped out of the car, followed by four or six uniformed FSB officers and proceeded into the hotel.

The hotel has a lot of offices but according to the hotel staff, the group of investigators headed straight to Marina Kalmykova, the manager of the Meridian hotel and entertainment complex. These “investigative” actions, interestingly, coincided with Mrs. Kalmykova’s birthday.

Today, the b-port news portal, siting an unnamed source, reported similar investigative actions. The purpose of the raids is yet not clear but they have asked for more information from the regional government.

And this morning, familiar businessmen were also telling stories about searches in a number of commercial organizations in Murmansk.  Among those are Muztrade, the Murmansk advertising bureau (!), the “May” company, a large scale investment and holding company, the Gubernsky hotel(!!) and a dozen other organizations.

What all of these organizations have in common is that they are all working under various state and municipal contracts, all of which are united by one common customer - the chief of staff of the Murmansk regional government, Deputy Governor Igor Babenko.

The Murmansk Advertising Bureau also has government connections and is presided over by former Murmansk ombudsman Mr. Igor Morar, who is currently supporting state authorities by informing the population of important information on billboards and on the radio.

Muztrade is a company that specializes in organizing holidays and providing equipment rental and the Meridian Hotel holds all kinds of conferences and provides dining and living amenities to important people. And well, in general, Mrs. Kalmykova is more than close to the leadership of the region and I think a lot of people have heard about their joint trips to a fortune-teller in Monchegorsk.

And the Hotel Gubernskiy is more than a regional government contractor.  This organization was co-founded by АО “МES” (the electric company), and until last year, the hotel was headed by the civil wife of the first vice-governor, Aleksey Tyukavin.

UPDATE.  Investigators are opening a criminal case against a Deputy Head of the “Administration for Supporting the Activity of the Government of the Murmansk Region”. Probably, this person is Georgy Mikhailovich Blagodelsky and he is being charged with fraud and using his official position illegally. On Friday morning, Mr. Blagodelsky removed his page from the “VKontakte” social network.