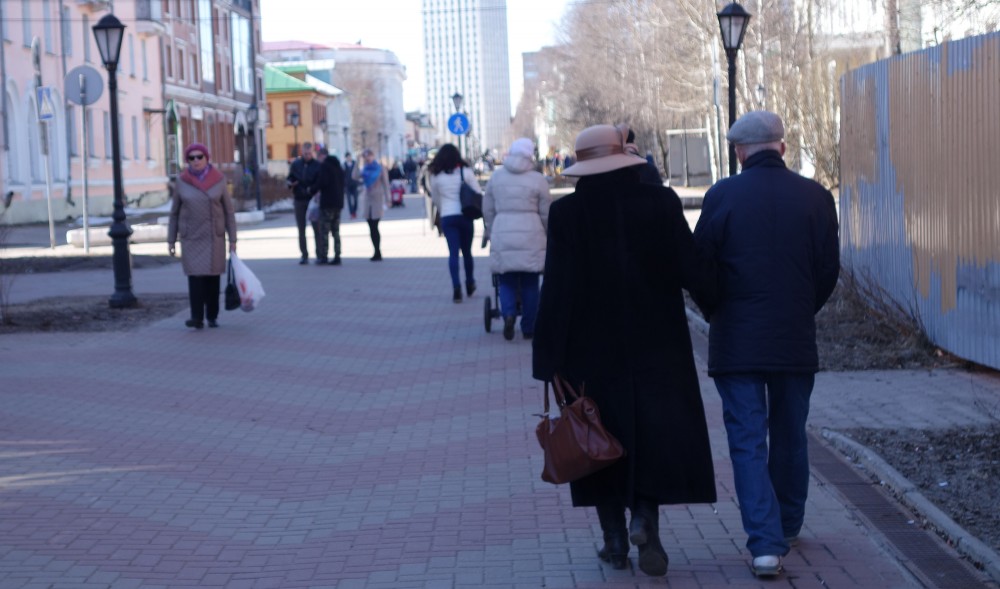 The regional court has put an end to disputes between regional authorities and several retirees who had given the state their houses in return for the right to reside in a nursing home.
By

Until recently, pensioners could live in the Severomorsk special nursing home free of charge in exchange for their apartment. But a year ago, the conditions changed. According to new laws,  residents of state nursing homes now also had to hand over 75 percent of their pensions as well. And if they refused, the region would not return their apartments to them or grant them new social housing, effectively tossing them out on the street.

As reported by Sud51, Lyubova Semyonovna Dyuba has lived in the Severomorsk nursing home since 2008 under a contract of employment. When  she settled in the nursing home, the woman donated her apartment on Gvardeiskaya Street in Severomorsk, under a gift agreement, to the Murmansk region without receiving compensation other than the right to reside in the nursing home. And until last year, all was fine when the Severomorsk home changed from a place of semi self-sufficient housing for the elderly into an inhospitable comprehensive social service center.

Earlier, the old people mostly took care of themselves and could cook meals in the fully equipped kitchen and spend their leisure time together, with of course professionals on hand who were ready to help should problems arise. But now the residence house has become an ordinary hospital with state food and a regime and living conditions sharply deteriorated.

“The three meals a day, which are now mandatory, does not suit me. I have an ulcer and I need a special diet. And now there are no medical services and even our church has been closed.  They put a lock on the door and that’s all.”

And along with the new standards, the prices have changed as well and instead of a very modest rent, which Dyuba and other old people paid for living in the institution, it now required 75 percent of their pension leaving often only 5 thousand rubles (less than $100) for personal expenses.

But when Dyuba decided to leave the nursing home, because her previous home was no longer available, she asked the municipality for similar housing but was refused on the grounds that her previous residence was a municipal apartment shared with three other residents – she could not get any meters because she had not given any meters of her own. She could either stay in her present situation, depressing as it was to her, or try to living on her pension alone. So she sued. However:

But On August 31, the judicial board of civil cases (judges Valentina Samoylenko, Nadezhda Naumenko, Aleksandr Sinitsa) completely removed the decision of the October Court and ordered the government of the Murmansk region to provide Lyubov Dyubu with landscaped housing of at least at least 34 square meters in Severomorsk within three months. The court concluded that in this situation, single pensioners who lived before settling in the nursing home in municipal or their own housing have equal rights in the event of the termination of their residence contract of residence. From the court decision:

“… in the event of refusal to stay in a special care house, a citizen who has traded their previous residential premises has the right to provisional housing if their original dwelling is occupied or cannot be returned.”

“The fact that the plaintiff offered the Murmansk region her municipal property in return for being provided a place a special house cannot serve as an obstacle to providing her with a dwelling should that person refuse to reside in the special house and to choose otherwise would contradict the principle of observing the balance of mutual rights and obligations of the parties, ”