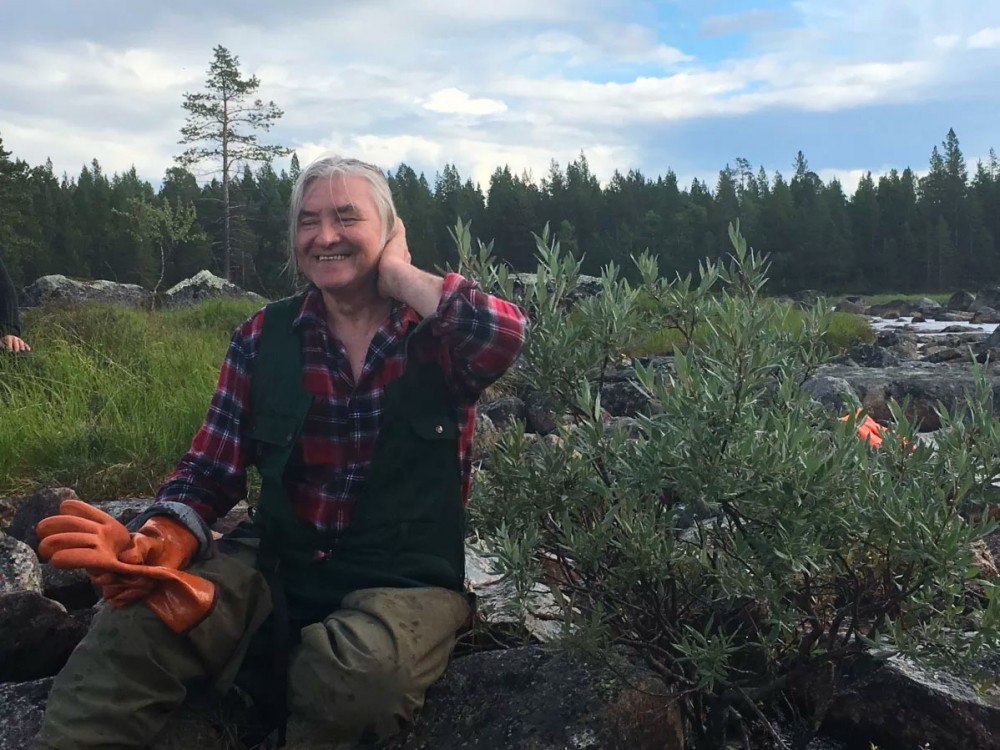 Waterways are being restored in Inari, Finland, by combining science with Sámi traditional knowledge. The aim is to restore the water resources of the area and the movement patterns of fish into their natural states. According to experts, there is a need for similar projects all around the Sámi Area.
Read in Russian | Читать по-русски
By

Waterways have been restored and repaired in the Sevettijärvi region in the north-eastern part of the municipality of Inari this summer.

The operations are part of the project on the joint management of the catchment area of the River Näätämöjoki, a project launched in 2011. The objective is to restore the local water resources into their natural state by restoring spawning areas and fry habitats of trouts and graylings.

The impact will, above all, show in the movement patterns of fish.

Measures local people have hoped for

The restoration measures are something the local people have, for years, hoped for.

In workshops held in Sevettijärvi in summer 2016, participants planned how to carry out the restorations. The workshops decided that the targets of Vainosjoki and Kirakkakoski would be the first ones to be restored, and, at the same time, a plan would be drawn on the restoration of more extensive targets in the Sevettijärvi catchment area.

The work is being done on the basis of guidance provided by local Skolt Sámi and led by Vladimir Feodoroff from Keväjärvi and Risto Semenoff from Sevettijärvi.

“I believe that officials will listen to local people better in environmental matters after seeing the results of this project”, Feoforoff says.

In Sevettijärvi, the old spirit of voluntary work was also restored in the restoration work in mid-August. Though the project has received funding, many volunteers also arrived at the site.

“There are people here who want to do this kind of work even without being paid,” Feodoroff praises.

The restoration at the present sites will go on until 2018.

The goal of restoration is to correct old mistakes done in the area.

The project aims to restore the river channels cleaned by Metsähallitus into their natural states. The cleaning out of the rivers in the region of Lake Kirakkajärvi in the 1960s had a drastic impact on the waters of the area, says Tero Mustonen, the chair of the cooperative Lumimuutos Osuuskunta, which participates in the project.

“The project has revealed the real picture of how Metsähallitus and its measures have influenced natural conditions here.”

Lapland’s Centre for Economic Development, Transport and the Environment (ELY Centre) is one of the financers of the project. Its Senior Officer Jarmo Huhtala participated in the restoration work for a few days and carried out electrofishing in the area at the same time, to get fish samples.

“The ELY Centre is happy with the project and its results. We are going to increase our support for this kind of activity in future, and encourage thus people to take care of their own environment. This is a good example for other villages in Lapland,” Huhtala says.

According to the ELY Centre, there is a need for waterways restoration and protection measures all around the Sámi Area. There are many targets that should be restored in the regions of the rivers Tana, Pasvikelva and Anarjohka. In addition, we should get good rules for land usage in the catchment areas of these rivers.

The project is the first one of its kind in the history of Finland. Everything is done in cooperation by the Skolt Sámi and the officials.

“Some Finnish researchers have questioned the method, as we do not rely on state measures, says Tero Mustonen, the chair of the cooperative Lumimuutos Osuuskunta.”

However, Mustonen feels that the views and the knowledge of the local population should be used to a greater extent than is the case today.

“The old way of thinking doesn’t work anymore. In projects of this kind, the know-how that Sámi have should be taken into account. We are looking at the most progressive waterways restoration project in Finland,” Mustonen says.

According to Mustonen, the restoration of the Sevettijärvi catchment area can be an example in other areas, too. The project shows that environmental changes can be prevented using methods in which Sámi traditional knowledge is as important as science.

“We can now prove that it works. In this village, things have really progressed, after 35 years of waiting,” Mustonen continues.

The participants of the Vainosjoki and Kirakkokoski Restoration Project are Lumimuutos Osuuskunta, the Skolt Sámi association Saa’mi Nue’tt, the Skolt Sámi Village Meeting, the municipality of Inari, Lapland’s Centre for Economic Development, Transport and the Environment (ELY Centre), and private stakeholders.