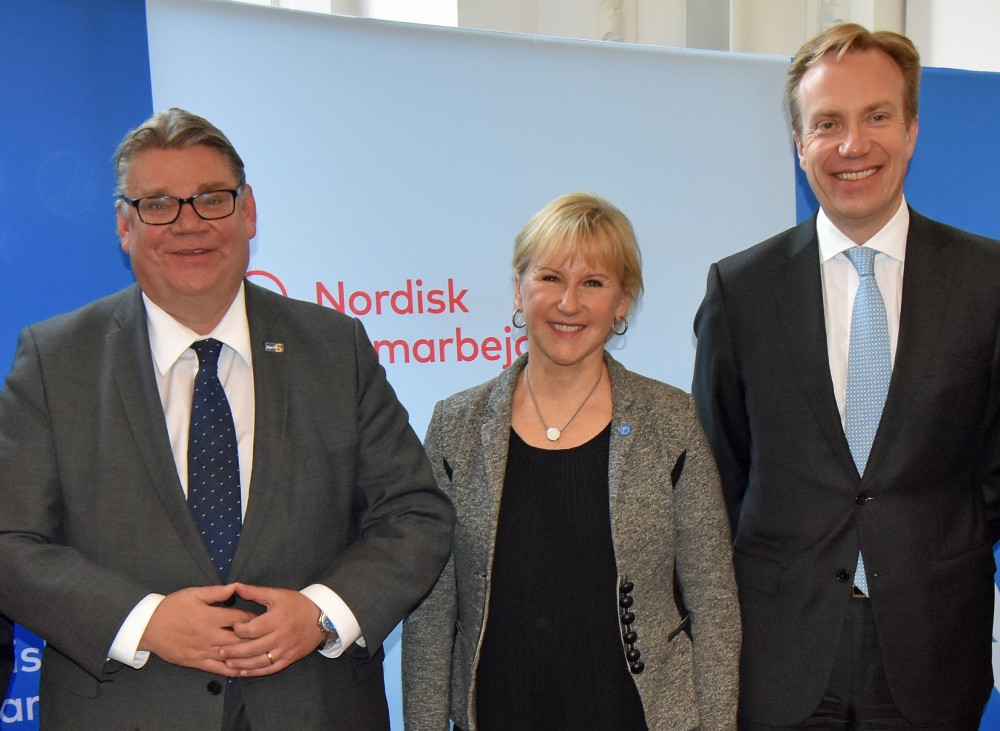 “High north - Low tension” is the slogan for Norway’s Børge Brende when he on Wednesday travels to Arkhangelsk for the 16th Barents Foreign Minister’s Session. The tour, Brende’s third to Russia this year, will also be the last before he leaves office.

The Barents cooperation, involving the northernmost regions of Russia, Sweden, Finland and Norway was initiated in 1993, aimed at tearing down barriers that hampered contact and economic ties after the breakup of the Soviet Union.

Formally, the Barents Council Session takes place Thursday morning, but Russia’s Foreign Minister has already announced he will have bi-lateral meetings with the three Nordic Foreign Ministers starting with a dinner on Wednesday.

Russia has chaired the Barents Council for the last two years and will now hand over the chairmanship to Sweden’s Foreign Minister Margot Wallström for the period 2017-2019.

Next year, the Barents cooperation marks its 25th anniversary.

Finland’s Foreign Minister, Timo Soini, stresses in a press release before travelling to Arkhangelsk that the Barents cooperation “is part of a wider Arctic cooperation.” Soini is currently the chair of the Arctic Council.

Although the foreign ministers meet every second year, the Barents cooperation on the daily basis includes a wide-range of working groups, from transport, tourism and economic cooperation to environment, health and indigenous peoples. The groups include experts from all the four Barents countries. In total, there are 14 such working groups with members from regional and state levels.

An international Barents Secretariat coordinates the work with employees from all four member countries.