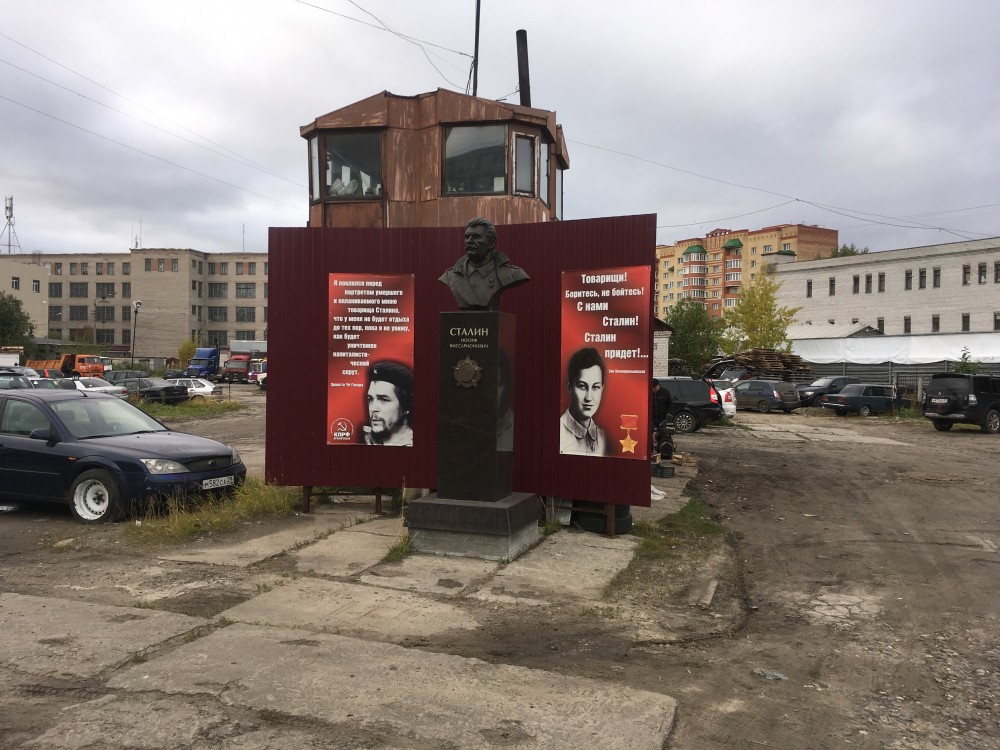 Stalin's bust can be seen in this backyard on Gagarin Street. Photo: Cornelius Stiefenhofer

Local communists wanted to erect the monument in the city centre, but the Soviet dictator ended up in a backyard.
Read in Russian | Читать по-русски
By

While the bust of Joseph Stalin recently was unveiled together with other Soviet leaders in Moscow in late September, the dictator will remain at an secluded back-yard in Arkhangelsk.

The Stalin bust is found at a parking lot on the Gagarin street, not far from the park where the monument to victims of political repression is erected.

A hundred people, mostly elderly, participated when the bust was unveiled on Christmas Eve last year. Including the granite pedestal, the Stalin bust is three meters high.

Initiators to the bust in Arkhangelsk first wanted the statue to be located at the Peace Square on the central Troitsky Prospekt, but such permission was not granted by regional authorities, the regional edition of Argumenty i Fakty reported at the time.

In Moscow, the busts of Soviet leaders including Joseph Stalin were erected by the Russian Military-Historic Society, an organization founded by President Vladimir Putin.

Stalin’s regime of terror caused the death and suffering of tens of millions across the Soviet Union. Stalin died in 1953. In recent years, the debate about Joseph Stain being a cold-blooded murderer or a national hero has resurrected again.