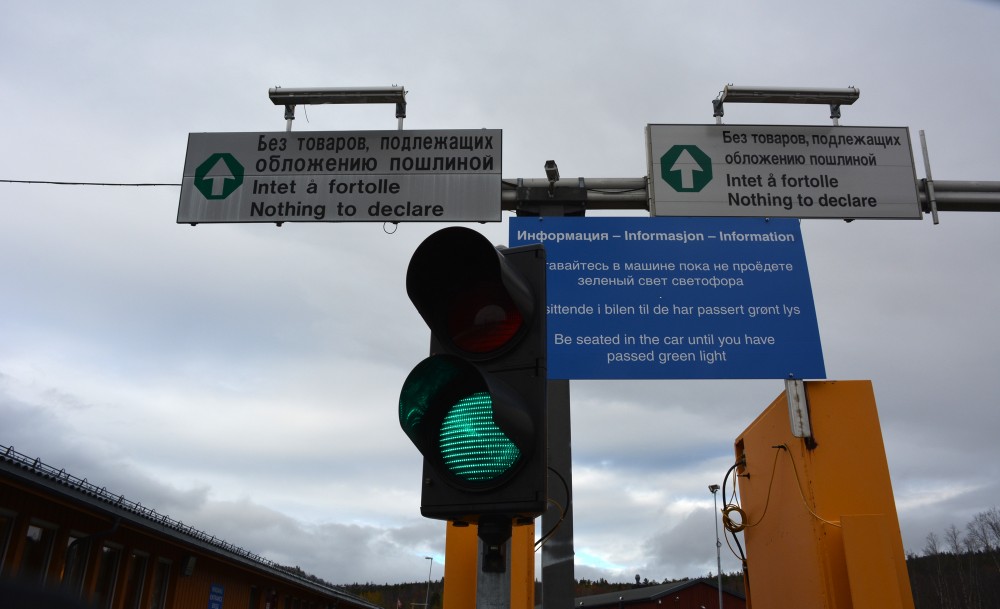 Crossing from Russia to Norway at the Storskog border checkpoint. Photo: Atle Staalesen

Norway did not send Russian biomaterials to the Pentagon

A health cooperation project between Norway and Russia has come in the spotlight after President Putin hinted Russian "biological material" is collected by foreign services.
Read in Russian | Читать по-русски

It started with a comment from the President in a recent meeting devoted to civil society development and human rights. According to Putin, foreign-sponsored organisations actively collect Russian «biological materials» all over the country.

«Why are they doing this?» the President rhetorically asked.

A wave of response followed, including from the Foreign Ministry. According to Press Spokeswoman Maria Sakharova, her ministry is «concerned about U.S. military authorities conducting research on Russian biological materials collected in our country».

Then the turn came to Dmitry Kiselyov, the general director of state news corporation Rossiya Segodniya, who in his weekly news show accused also Norway of being involved in dubious collection of Russian biomaterials. According to Kiselyov, health officials from Murmansk were in 2016 halted by customs officials on the border as they were about to bring hundreds of un-declared spit samples to Norway.

Kiselyov hinted that military planners were behind. «Afterall, there are very many military objects in Murmansk region», the media-hardliner said.

It soon turned out that project referred to by Kiselyov is a health cooperation initiative between the Norwegian Directorate of Health and the Murmansk Health Ministry. The project, launched after an initial agreement in 2013, aims at mapping of traffic accidents related to use of alcohol and so-called psychoactive substances in Murmansk and neighbouring Norwegian region of Finnmark.

A project agreement from 2015, obtained by the Barents Observer, outlines joint mapping and research activities in Murmansk region. It is signed by the top leaders of both partner organisations, including Murmansk Minister of Health Valery Peretrukhin.

The project activities include the collection of biological materials from 2,000 motor drivers in Murmansk region. The respondents were to fill out questionnaires and deliver the biomaterial in the form of spit samples, the documents reads. The samples were to be sent to a lab in Kirkenes, the nearby Norwegian town.

The agreement also states that the collected samples are not be shared with third parties, and that the biomaterials will be destroyed after project end. Furthermore, it states that the Norwegian partner is obliged to find an alternative lab in Russia, «if it proves impossible to transport the samples across the border».

No intelligence on agenda

The Norwegian side strongly rebuffs the allegations about an alleged concealed agenda of the project.

«This in no way related to the truth,» says Knut Albert Solem, Communication Adviser at the Oslo University Hospital, in an email to the Barents Observer.

The Barents Observer has not managed to get comments from the involved project partners. However, in a press release shared with journalists the participants underline that the project has been approved by the Murmansk regional Interior Ministry and that the samples were collected together with local traffic police.

The Murmansk Health Ministry was subsequently fined 50,000 rubles by a local court for the attempted cross-border delivery, SeverPost, the regional news agency, reports.

According to the project participants, the collected materials are now stored in proper facilities in the Murmansk Health Ministry. Negotiations with a Moscow-based scientific center for narcology over lab analysis are in the process.

«The initiated measures do not foresee any out-shipment of this materials across the border of the Russian Federation», the project memo highlights.

Cooperation is rooted in a joint Barents working group between health authorities and 4-years Barents Collaboration Programmes on Health and Related Social issues, information from the International Barents Secretariat reads.