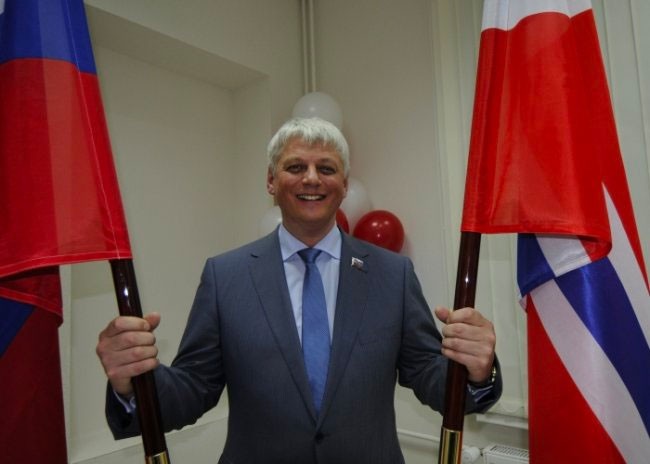 The Segezha City Court has granted early release to Vasily Shambir, ex-chairman of the Murmansk regional parliament.
By

It is noteworthy that the parole hearing took place at Segezha penal colony No.7 where Vasily Nikolaevich was serving his sentence. However unusual it may sound, this is a normal practice in cases when a large number of similar applications are being considered during the day.

Representatives of the Federal Penitentiary Service were opposed to Shambir’s release and it is possible that they will attempt to appeal the decision.

Sentenced in January of 2016, Shambir has served 2 years of his six year sentence for appropriating funds intended for the Kandalaksha Experimental Mechanical Plant.  According to the police investigation which started in 2013, from June 21, 2007 to March 20, 2009, Shambir, as a shareholder, a member of the board of directors and general director of OAO Kandalaksha Experimental Machine Building Plant, wrote checks to a trustee for fictious reasons (advance payment, salary, holiday pay, final settlement, quarterly bonus). The company originally had received this money in the form of short-term loans from banks. Shambir then gave the employee instructions to withdraw these funds and then transferred the money, about 42 million rubles (about €1 million), to his own personal accounts.

Shamir was detained on August 12, 2014 in Sheremetyevo while trying to fly to one of the countries of the European Union. The prosecution had asked for nine years and Shambir was also ordered to pay a fine of 800 thousand rubles (€10,000).

Businessman Gennady Shubin says that the real reasons behind the prosecution of Shambir were political. According to him, Shambir, while one of the candidates for governor of the Murmansk region, had hampered the plans of Norilsk Nickel to place its people in key posts in the regional authorities.

Shambir has been serving his sentence in the Segezha penal colony No.7. Stories of corruption, torture and the abusive conditions of this colony have been well documented.