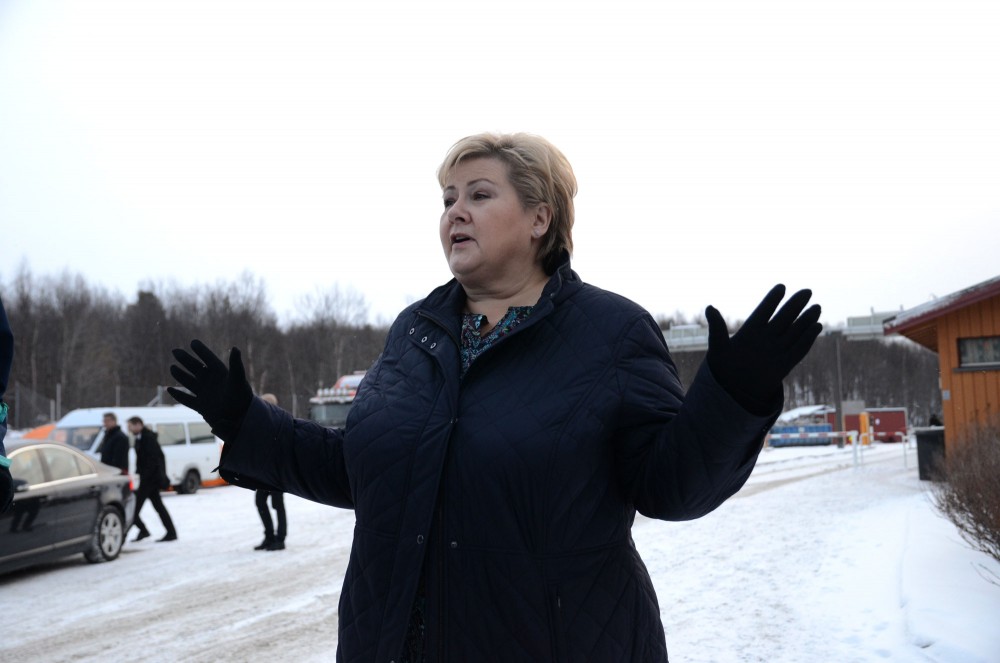 Erna Solberg is on her way to the White House

According to Donald Trump’s press secretary, the two state leaders will discuss security and defense. According to the Norwegian Prime Minister herself, they will talk also climate and trade.
Read in Russian | Читать по-русски
By

The meeting between President Donald Trump and Norwegian PM Erna Solberg will take place in the White House on January 10. It is the first bilateral meeting between the two leaders.

«Our two countries have an extensive cooperation within a number of fields, we are close allies and I look forward to a useful meeting», Solberg says in an announcement made ahead of her departure to the US capital.

«The USA is important for Norway with regard to security and trade, [and] this meeting gives us an opportunity to promote our view about open world trade and the importance of international cooperation over climate change challenges», she adds.

According to the Norwegian Prime Minister’s office, the meeting will include talks about security policy issues, cooperation in NATO, joint Norwegian-US interests, international peace processes, climate and trade policy.

The bilateral talks take place as Norway is increasingly at odds over a complex national security situation in its Arctic areas. The build-up of capacity and strong increase in exercises in the nearby Russian Northern Fleet is straining relations in the region and strengthens Oslo’s emphasis of the role of NATO.

It is likely that the situation in the North Atlantic as well as relations with Russia will be part of the Norwegian-US top meeting.

It is more unclear to what extent issues such as climate policy will addressed. According to the White House press secretary, the meeting will include issues of «shared defense and security goals within NATO», as well as trade and investment between the United States and Norway.

«President Trump looks forward to exchanging views on the bilateral ties between the United States and Norway, and how jointly to advance regional and global security, and economic prosperity,» the White House says.