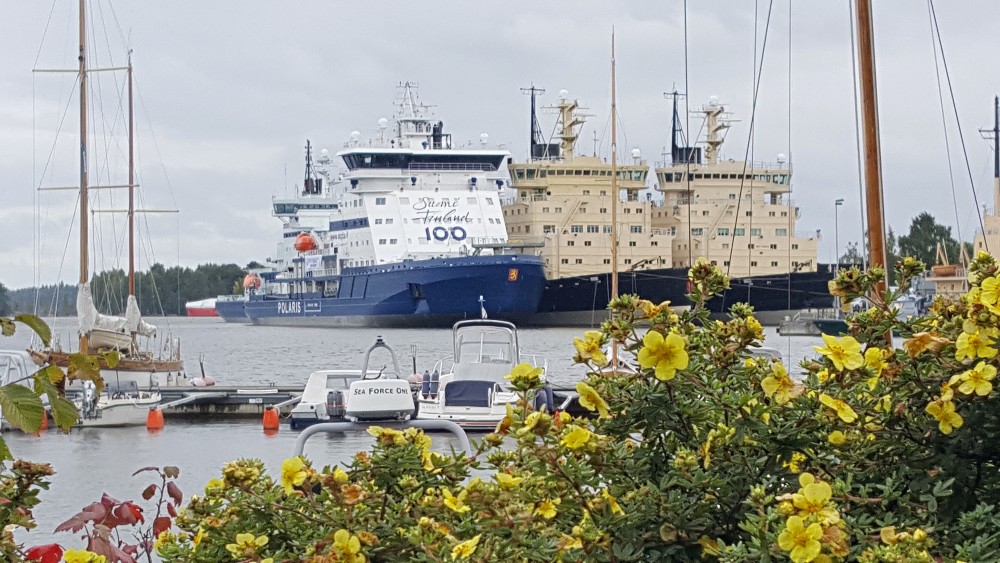 Finnish icebreakers in the port of Helsinki. Photo: Thomas Nilsen

The financial group OP predicts that employment, consumption and consumer confidence will grow this year before growth slows again in 2019.
Read in Russian | Читать по-русски
By

One of Finland’s biggest financial groups, OP, has raised its outlook for the Finnish economy this year. OP predicts that GDP will grow by 3.3 percent this year. In November the bank had forecast growth of three percent for 2018.

OP paints an optimistic picture of rising employment spurring further private consumption. It predicts that 30,000 people will join the workforce, pushing the unemployment rate down. The financial group says that government may come close to achieving its target of 72 percent employment next year. It also predicts that current accounts and public finances will nearly balance out in 2019.

“The favourable economic climate will keep consumer confidence high,” economist Henna Mikkonen said in a statement. “Inflation will rise, but purchasing power will improve nevertheless. The saving ratio will remain low with brisker demand for loans and owner-occupied homes.”

However, OP expects growth to slow to 2.3 percent next year.

“Even though growth is decelerating next year, this does not mean that we will have reached the peak of the cycle. Growth is faster than its anticipated long-term average and the unemployment rate will continue to fall,” says chief economist Reijo Heiskanen.