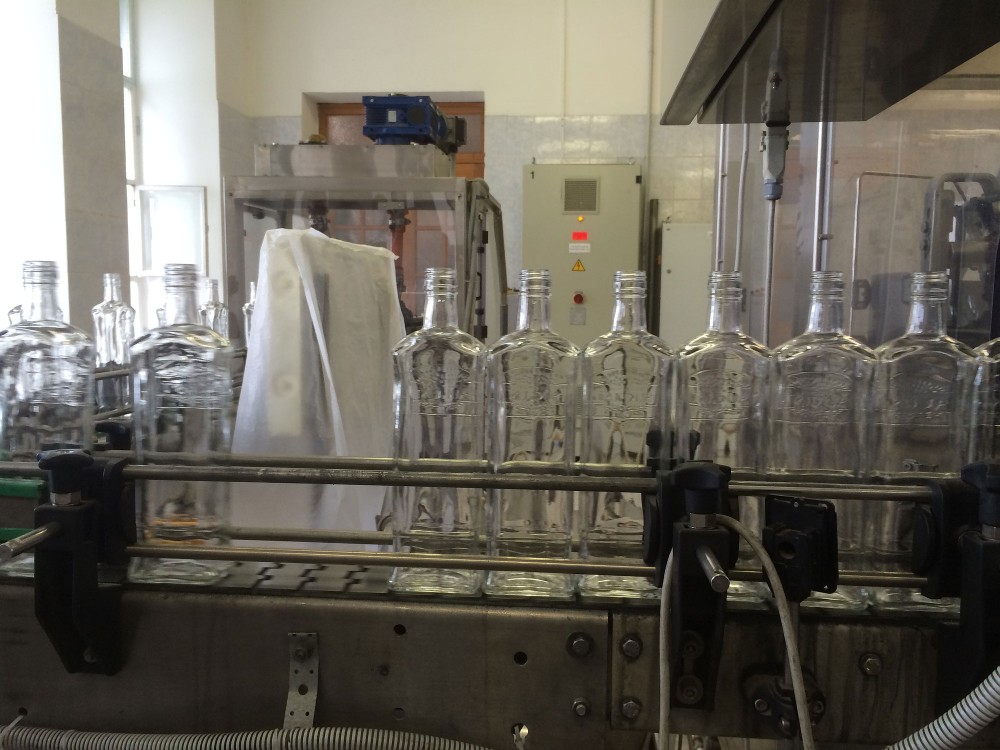 Once more, local people are planning to start a water bottling plant near Sulaoja Spring in Karigasniemi in the municipality of Utsjoki in Finland. Land protection authority Metsähallitus rejected the last application in May 2017.
By

The Sulaoja Spring and its surroundings are, cultural-historically, an important sacred spring of the Sámi and a fixed ancient monument protected by the Finnish Antiquities Act. People have already several times tried to build a water bottling plant that would use the spring water in the area.

The last project was cancelled in the spring of 2017 when Metsähallitus rejected the lease application of a few inhabitants from Utsjoki, referring to the Antiquities Act.

“The site was entered into the Register of Ancient Monuments and Sites in 1989. In general, the Antiquities Act prohibits encroaching upon fixed ancient monuments,” Metsähallitus informed the applicants last spring.

A new application right away

The rejection did not discourage the ones who dream of starting a water bottling plant near Sulaoja. A new lease application was signed in June 2017, about a month after Metsähallitus last informed the applicants that they would not lease out land for a water bottling project.

In December 2017, Metsähallitus requested for comments on the latest lease application. The application pertains to extracting water in the Sulaoja catchment area in Karigasniemi, Utsjoki, and to building a water bottling plant and other necessary buildings in the area.

“The area that the applicants now want to lease is situated outside the protection area, in a former gravel pit and slightly further away from the actual spring. In addition, the drill holes that will be needed for the extraction of water would be situated within the lease area. These are the greatest differences compared to the earlier application,” says Tuomo Kokkoniemi, Land Use Expert from Metsähallitus Property Development.

The land use application has been submitted by persons who are in the process of founding a Sámi incorporated company. They propose to be granted lease for a term of 25 years. The applicants have entrusted the matter to Veikko Porsanger from Utsjoki.

“The land we wanted to lease last year fell under Metsähallitus Parks and Wild Life Service Finland, and the unit has different criteria for leasing out land; for example, they need to make a detailed survey on all the plant species. The area we now want to lease falls under the business economics of Metsähallitus. The area is a former gravel pit and a piece of land that is not intact, so there are no plants that the operations could damage,” Porsanger says.

In 2017, the applicants intended to construct a building of 100–200 square meters in the area. In the new plan, the estimated size of the bottling plant and the possible other buildings is approximately 350 square meters. According to Porsanger, the estimate has been set higher so that it will not be necessary to alter the contract should there be need for extension.

Apart from the above-mentioned alterations, the plan for the water bottling plant has not changed from last year. The aim is to extract 20–30 cubic meters of water a day and have 4–6 employees.

The protectors of the spring will not give up: “The land belongs to the families of the area”

This is the third time that there is a plan to extract groundwater in the area of Sulaoja Spring. The first plan – submitted in 2001 – was drawn by the municipality of Utsjoki. The aim was to bottle 1,300 cubic meters of groundwater a day. Metsähallitus leased out the area to the municipality for the purpose, but, eventually, the municipality withdrew from the project because of the resistance it aroused.

Kirsti Paltto from Utsjoki is one of the people who have resisted the plans from the very beginning. She is not happy about the new bottling project either. For her, the fact that the lease area of the present application does not extend to the protection area is of no importance.

“It’s a sacred area for the Sámi, and the land there belongs to the families that have lived there with their reindeer. The water is extracted from the same place and will have an impact on the spring whether the bottling plant is situated a kilometer or two from the spring, Paltto says.

According to Paltto, the bottling building itself will also have an impact on the environment.

“It may even ruin it altogether.”

Veikko Porsanger feels that now, after the lease area has been redefined, there should be no obstacles to renting out the area. Porsanger waves aside the talk about the spring being sacred.

“Of course, you can use all kinds of assumptions and beliefs to argue for anything, but if that was the way the world goes around, there would be nothing here: no-one could do anything here. But the municipality of Utsjoki needs enterprises – and more and more in the next few years if we want to manage here,” Porsanger says.

Metsähallitus: “The view of the Sámi community plays a role”

The impact of the water bottling plant on the quantity of water and the environment have already been surveyed in connection with the earlier applications for a bottling plant.

“On the basis of the earlier investigations, we know well that the Sulaoja area has a strong cultural-historical meaning for the Sámi community, and, of course, this will be taken into consideration when the decision is made. Naturally, we will also consider the statements that we have requested from the different stakeholders, Tuomo Kokkoniemi from Metsähallitus says.

Furthermore, Kokkoniemi adds that though the lease land of the application is outside the protection area, it is, nevertheless, situated within the same Sulaoja groundwater area.

“And the view of the Sámi community definitely plays a role,” Kokkoniemi emphasizes.

Applicant: “Sulaoja has market value and is close to the road”

According to Veikko Porsanger, the bottling plant will probably not have a big impact on the groundwater area.

“The water quantities that we plan to extract are very small compared to what the spring produces. Of course, the fact that the spring is Europe’s biggest natural spring brings it a certain market value. We can find water in many places, but it’s not the same kind of water; the marketing criteria are different if the water does not come from a natural spring, Porsanger says.

Porsanger feels that the location of Sulaoja Spring is also good from the point of view of the bottling plant, as it is situated close to the road.

The project has been resisted on the grounds of the place being sacred for the Sámi. The applicants, in turn, stress in their application that the incorporated company will be founded by Sámi.

“Well, if Sámi are not allowed to do anything on state land and are not granted any opportunities – then that’s it. All the enterprises here can close down. Nature is, after all, the most important resource here. If we’re not allowed to make use of it in any way, what possibilities do we have?” Porsanger asks.

Kirsti Paltto feels that it is not relevant whether the applicants are Sámi or not, and she also questions the initial land owner rights in the Sulaoja area.

“If you want to destroy and sell an area the owner of which is not clear, you will first have to investigate the issue thoroughly, Paltto says.

Last spring, the people who are against the project had a demonstration in connection with a public discussion on the bottling project and collected signatures for their petition. They do not intend to give up this time either.

“Many people have already informed me that they want to defend Sulaoja and resist its sale. I’m sure we will see the rise of some kind of movement,” Kirsti Paltto assures.

What kind of business should then be allowed in the Sámi Area? Kirsti Paltto feels that respect for nature is crucial.

“The Sámi Area is a very sensitive area; it should be treated with care, as renewal will take time. The reindeer and the reindeer herders of the area are dependent on the natural resources. Therefore, all activity that takes place here should respect nature and take it into consideration,” Paltto says.

Deadline for opinions at the end of January

Metsähallitus has requested statements on the lease application from the Sámi Parliament, the Sámi Museum Siida, the Paistunturi Herding Cooperative, the municipality of Utsjoki and the Centre for Economic Development, Transport and the Environment. The deadline for the opinions is 31 January 2018.

Tuomo Kokkoniemi believes that Metsähallitus will decide on how to proceed with the issue in February.

“On the basis of the statements and the earlier opinions and material surveys, we will assess how to proceed and whether there is need for additional surveys,” Kokkoniemi says.

He reminds that the role of Metsähallitus is to lease out land, while AVI, the Regional State Administrative Agencies, is the actual licensing authority as concerns the bottling project.

This story is originally posted at Yle Sapmi and re-published as part of Eyes on Barents, a collaborative partnership between news organizations and bloggers in the Barents region