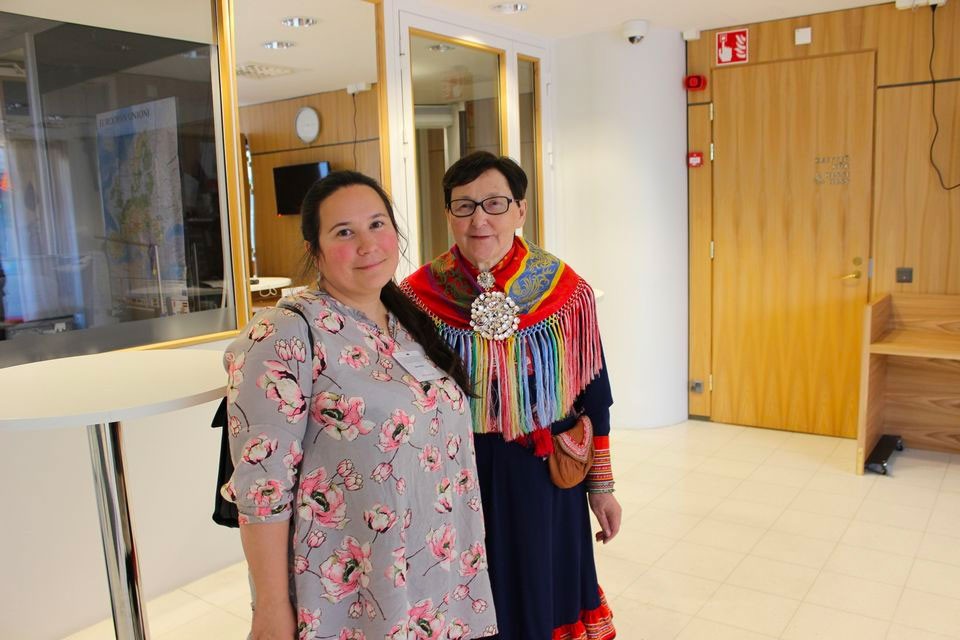 Loss of language, structural discrimination and shame are common experiences for the Sámi, the Roma and the deaf.
Read in Russian | Читать по-русски
By

At the beginning of May, a seminar was held in Helsinki on the racist experiences both the Sámi, the Roma, the deaf and the disabled have gone through in Finland.

The groups have been forbidden to use their language, met structural discrimination and been ashamed of their identity or ethnicity, and these experiences are all shared by these minorities in Finland. This was spotlighted in the seminar Historical wrongdoings: How do we make amends for past injustices?

The Finnish League for Human Rights considered the seminar as historic, as there has never been such a deep-going discussion in Finland in which so many Finnish minorities would have reflected on their racist experiences together.

«The day broke the silence»

Ristenrauna Magga, the Chair of the association SámiSoster – a health and social service organisation for the Sámi – is familiar with the minority policy of the state of Finland, but, during the day, she understood clearer than before that the minorities of Finland all have similar experiences. Magga was one of the speakers of the seminar.

«Minorities have many things in common, especially if we think of the Sámi and the Roma. The state of Finland has treated us in a very similar way. In addition, we have some similar customs and the same attitude of keeping silent. We tend not to complain about our difficulties. This is the silence that was broken during the day,» Magga says, reflecting on the feelings that the seminar evoked.

The Minister is also familiar with the minority status

For Pirkko Mattila, the Minister of Social Affairs and Health, it was important to participate in the seminar on how Finnish minorities have fought for their rights.

As a child, Mattila saw, at a close distance, what the life of a deaf person looks like, as her mother was deaf. Indeed, Mattila is bilingual: her two mother tongues are Finnish and the sign language. She urges people to speak about past wrongdoings.

«Naturally, the histories and stories of the Finnish minorities are not always nice. But if we don’t dare to talk about history, it will also affect our future. There have been wrongdoings, but they must not be repeated,» Mattila says.

One of the topics of the seminar was the violence to which children have been submitted by the Finnish child welfare. Earlier, it was quite common that children were beaten in foster homes or left on their own to sort out disputes.

Researcher Marjo Laitala from the University of Oulu dealt with the subject and the apology the State extended a few years ago, following the example of Sweden. On 20 November 2016, Juha Rehula, the Finnish Minister of Family Affairs and Social Services of the time, apologized to the people who had been victims of grave wrongdoings in foster homes. This was the first time when the State of Finland apologized for historical wrongdoings that had hit hard a certain group of people.

The Finnish State has no plans to apologize to the Sámi

The Minister of Social Affairs and Health Pirkko Mattila feels that the apology the State extended to people who had suffered at the hands of child welfare is a good example of a proces where you examine critically the course of events in history.

When asked whether the Government of Finland had discussed the possibility of apologizing to the Sámi for the past wrongdoings, Mattila answered that no such process had been launched.

«We have neither had an official nor a wider discussion on the issue. But it is a topic that keeps coming up in many Sámi contexts, both in connection with human rights issues and historical research,» Mattila says.

In the seminar, the meaning of an apology from the State aroused a great deal of discussion, and the same applied to the question of what kind of amends for historical wrongdoings would benefit minorities.

Many participants hoped for compensation that would benefit people concretely, instead of being offered just symbolic words about past methods.

Not enough research on the Roma – absent from textbooks too

Henna Huttu, the Secretary of the National Advisory Board on Romani Affairs, told about the grave wrongdoings against the Roma people which have not been recognized or on which there is no research. She mentioned the holocaust of the Roma – samudaripen in the Romani language – that took place during World War II.

As an example of the everyday experiences of today she mentioned the difficulty of the Roma to rent an apartment or house, as landlords discriminate against the Roma after hearing their surname.

Another thing that makes it difficult to spotlight structural discrimination is the ignorance of Finnish society about Romani culture: very little is known about it. Huttu explains that one gets very tired when looking at textbooks: they tell nothing about the Roma.

According to Huttu, those engaged in the field of education material – the ones who buy it and the commercial firms that produce it – should assume their responsibility.

«The community – whether the State or the municipality – that pays for the textbooks should press for better quality. I must also stress that a strong, multicultural society is characterized by having true and proper information available on the circumstances on which society itself has also had an effect,» Huttu notes.

The seminar Historical wrongdoings: How do we make amends for past injustices? was arranged by the Finnish League for Human Rights, the Association for the Disabled and the Finnish Association of the Deaf.