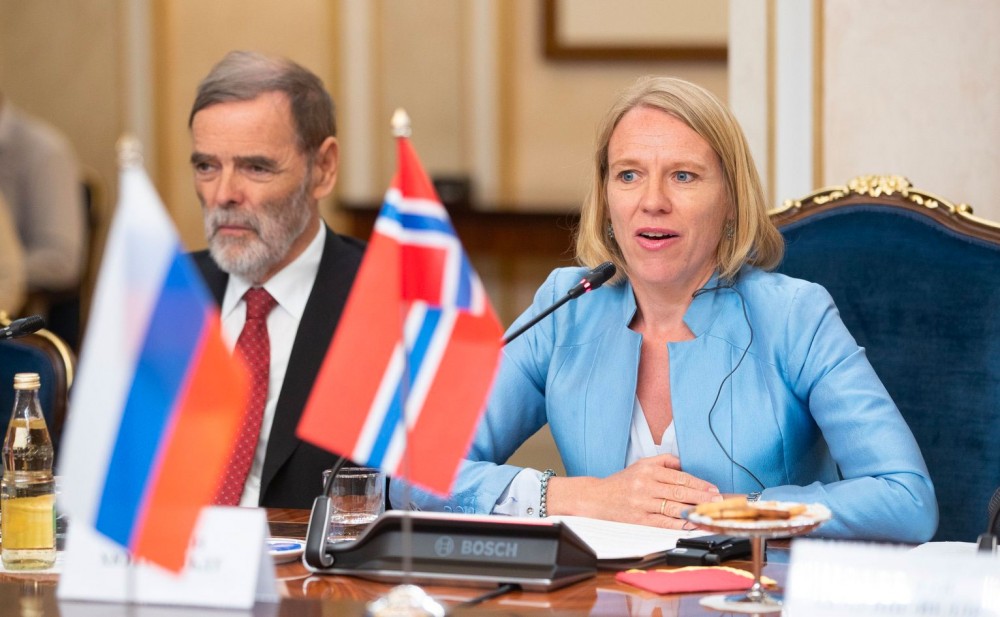 The visit was to take place in 2017, but was then cancelled because two members of the Norwegian delegation had ended on a Russian sanction list.
Read in Russian | Читать по-русски
By

«Russian and Norwegian members of parliament manage to overcome the aggravated turbulence in current international relations and build a constructive dialogue which serves the interests of both countries,» Vice Speaker of the Federation Council Nikolay Fyodorov underlined as he on Thursday welcomed the Norwegian delegation to Moscow.

The Norwegian parliament Committee on Foreign Affairs and Defence’s visit to Russia is the first in more than seven years. It was originally planned in early 2017, but was then cancelled when it turned out that two Norwegian MPs were on a Russian so-called «stop-list».

One of the banned Norwegians, Trine Skei Grande, is now Minister of Culture.

Political relations between the two neighboring countries have been frosty ever since the Russian annexation of the Crimea and subsequent Western sanctions. This week’s visit can be seen as an attempt to break the ice. It follows a Russian parliament visit to Oslo in June 2016.

The first part of the Norwegian delegation’s program in Moscow included meetings with the Russian upper chamber of Parliament, the Federation Council, and its Foreign Affairs Committee.

Leader of the Committee is Konstantin Kosachev, the former diplomat who has lived several years in Sweden.

«It is important to keep a dialogue between the countries, despite the circumstances that complicate the bilateral relations,» Kosachev highlighted in an address to the visiting Norwegians.

«On a number of issues, the discrepancies do carry an insurmountable character,» he underlined, but still made clear that the two countries continue to cooperate smoothly in local cross-border relations, fisheries management and environment.

According to Kosachev, the faltering bilateral relationship comes because of «a lack of information and insufficient understanding of the respective side’s true intentions.»

In a comment given to the press service of the Federation Council, leader of the Norwegian delegation Anniken Huitfeldt highlighted the need to «preserve constructive cooperation» and especially mentioned the field of fisheries and ecology.

Good neighborly relations are characterized by openness, she underlined.

The two sides both expressed an interest in overcoming troubles caused by sanctions and counter-sanctions. But easier said than done. As the Norwegian and Russian legislators were meeting in the downtown parliament premises, fellow Russian lawmakers were adopting new legislation which ultimately could make relations ever worse.

On the same day as the Norwegians arrived in Moscow, the Russian upper house of parliament adopted the country’s new so-called counter-sanctions law. The legislation called «On measures (counter-measures) of the unfriendly action of the Unites State of America and other foreign countries», is aimed primarily on the USA, but can also be applied on other countries, including Norway.

It is a framework law, the authors of the bill say, and it grants President Putin and the federal government wide powers to take wide-reaching new action.

In a comment, speaker of the Federation Council Valentina Matvienko said Russia is ready for cooperation with everyone. «But we will not allow anyone to violate the rights of our citizens, our companies or limit our sovereignty.»