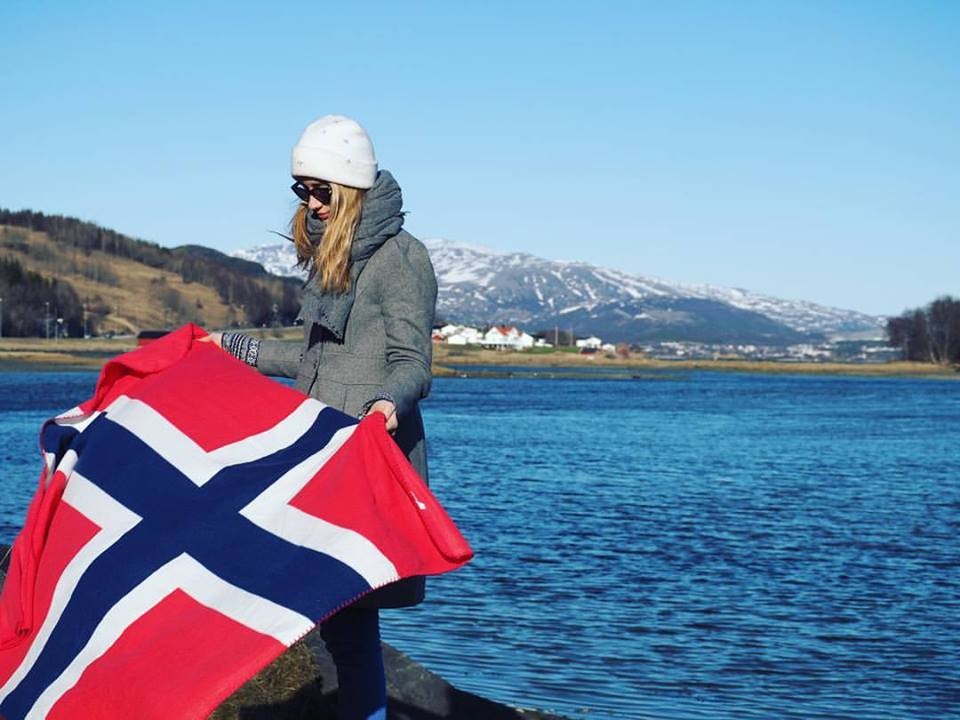 Julia Bobina has studied at Nord University in Bodø and will soon move to Kirkenes. Photo: Private

8,200 Russians have got Norwegian citizenship since the breakup of the Soviet Union, show figures compiled by the Norwegian Directorate of Immigration for the Barents Observer.
By

For Julia Bobina from Arkhangelsk in northern Russia, Norway was a natural choice.

“I have always been inspired by the Norwegian culture, nature and livelihood,” she tells. “After visiting Norway many times as a tourist, I moved here as a student.”

Finishing her Master degree in Social Science at Nord University in Bodø this winter, Julia is now moving to Kirkenes, Norway’s border town to Russia in the north. There, she got a job as advisor on environment for the Barents Secretariat, an organization facilitating for cooperation between Russia, Sweden, Finland and Norway.

Studying and work, though, are not the only reasons for choosing Norway. “Right now I am enjoying Norwegian summer in Risør,” she tells. The picturesque town on the coast of Skagerrak brands itself as the place in Norway to get Riviera feeling.

“Moreover, there are so many mountains on our hike-list with my fiancé which we plan to climb. We love to spend time in nature and Norway is definitely the best choice for nature lovers.”

Julia is not the only one moving to Norway. Among her own friends from Arkhangelsk and nearby Severodvinsk, three others went across the same border. Ksenia moved to Kristiansand, Irina to Stavanger and Tanya to Trondheim.

More than 300,000 people left Russia in 2016, according to the federal statistics agency Rosstat. Although Norway being popular among northern Russians, the top three countries of destination were Germany (16%), United States (7%) and Spain (6%), the Moscow Times recently reported.

The newspaper could tell that 1 in 10 Russians want to emigrate permanently, according to a survey conducted by state-funded pollster VTsIOM. One out of four of those questioned in the poll could name a relative or acquaintance who had moved away from Russia in recent years.

Like Julia Bobina and her friends, the survey shows that young Russians are especially keen to move to another country. In the age 18 to 24, almost one-third of the respondents said they wanted to leave.

“I think this is not only the case for Russians,” Julia says. “Young people in general are those open for opportunities, choosing to see the world as travellers and experience new cultures.”

Many with dual citizenship

In 2017, 459 Russians got Norwegian citizenship, up 84% from the previous year. Of those, more than half (274) were allowed to have dual citizenship, tells Håkon Fenstad, Assistant Communication Director with the Directorate of Immigration.

The Directorate has for the Barents Observer compiled data for all years back to 1992.

A total of about 8,200 Russians got Norwegian citizenship in the period. Some 7,200 of those are granted citizenship after 2003.

Until now, Norway has only allowed dual citizenship for an exempted group of people, like those who for various reasons cannot be released from their previous citizenship. Last year, however, the Norwegian government proposed allowing dual citizenship for a wider group of immigrants. The new rules are not detailed yet and will be introduced in 2019 at the earliest.

“We expect an increase as the application process becomes faster and easier for Russian applicants,” Håkon Fenstad says when commenting the upcoming changes in the rules.

“How much the increase will be is too early to tell. The impression is that there is already a relatively large part of Russians living in Norway now, who apply for Norwegian citizenship when they meet the criteria.”

Although being nearest to the Russian border, only eight of the 459 Russians granted Norwegian citizenship last year lives in Finnmark County.

Oslo tops the list with 102, followed by nearby Akershus County with 65. In the two other counties in northern Norway, Troms got 19 new Norwegians from Russia and Nordland got five.

Finland is the one of the Nordic countries with most Russians moving in. 2,758 Russians were granted Finnish citizenship. That is six times more than to Norway and an increase from 2,028 in 2016. In 2015, 1,728 Russians got Finnish citizenship, figures from Statistics Finland reads.

Donate to the Barents Observer and help us cover more cross-border news from the Barents Region.