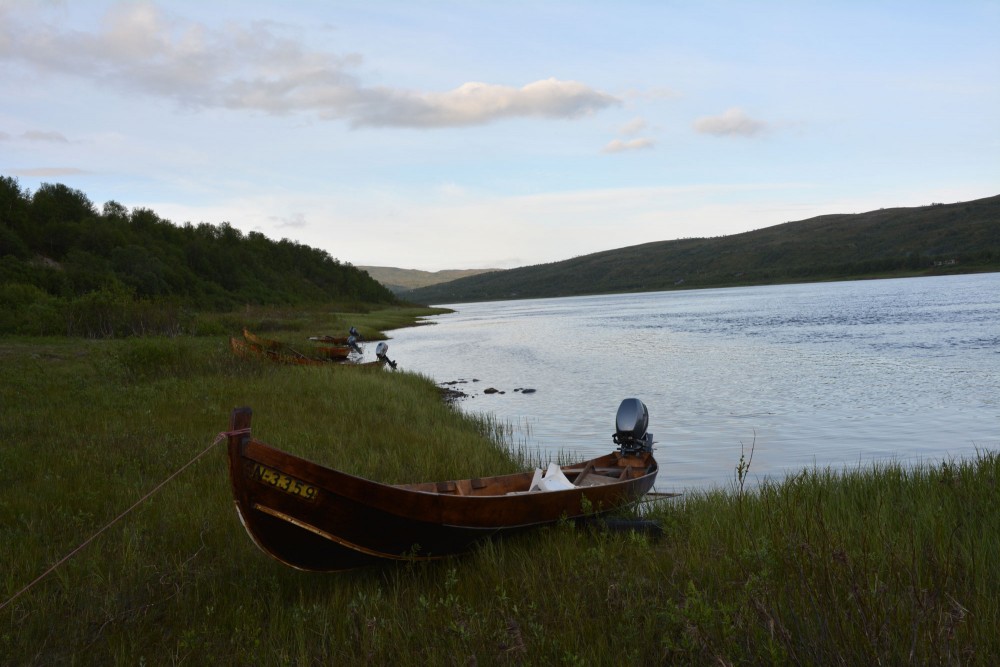 The shores of the River Teno (Tana) are usually crowded with fishermen and women in late June, but, according to an entrepreneur from Nuorgam, Finland, there were almost no-one there this summer.
By

Earlier, the shores in the lower part of the River Teno used to be black with fishers before and after Midsummer. This year, the situation is very different. Ala-Köngäs, a popular fishery in the best salmon river of Europe, has been almost deserted this summer.

Eemeli Hekkanen from Nuorgam who runs a tourist business together with his family puzzles over the situation.

The Teno Fisheries Agreement that came into force last summer showed already the first summer where we were heading, Hekkanen from the Nuorgam Holiday Village says.

“There were problems with the sale of licences last year, and the number of fishermen decreased already then. The numbers are even lower now,» Hekkanen says.

Kari Leivo from Salla arrived on the River Teno this year too, as surely as migratory birds arrive in the area every year. Leivo has come to Nuorgam for several decades, and spent this Midsummer, too, in his caravan on the bank of the River Teno.

However, this Midsummer was different from all the others, as he could not fish because he could not get a licence.

«I don’t like it, that’s for sure. I would’ve loved to try catching a salmon if I had got a licence,» Leivo says.

«The licences should be sold here where the fishing takes place, the way it was done earlier. It would be fine if the licence was valid for half a day and there were quotas so that you could only catch so many fish. I’d be willing to pay the present price for a licence even on those conditions,» Leivo says.

Leivo wishes that those who manage to buy a licence but decide not to come to the River Teno would cancel their licences so that they could be resold.

According to the ELY Centre, there could be even a hundred fishers waiting for their turns on the rapids of Ala-Köngäs when the old Teno Fisheries Agreement was in effect. Now, there are only a few fishermen. Fisheries Expert Kare Koivisto from the ELY Centre tells that the agency is aware of the situation. Fishing supervisors are counting the real number of fishermen, and the ELY Centre will compare them to the licences that have been sold.

Koivisto reminds the public that though we don’t see people waiting for their turn by the most popular fisheries now, the fishing area is wide and all the fishers may not necessarily fish at the same time.

Tourism: Shifting the focus on winter

The new Teno Fisheries Agreement threw a bucketful of cold water on the necks of the local entrepreneurs. In January, the municipality of Utsjoki appealed to Mika Lintilä, the Finnish Minister of Economic Affairs, asking for compensation for the losses caused by the Agreement. The tourist companies were told to provide alternatives to fishing.

The young entrepreneur running the Nuorgam Holiday Village is shifting his focus on winter, in line with many other entrepreneurs on the River Teno.

«We’re investing on winter tourism, which has increased over the last three years. Next winter also looks quite good,» Hekkanen comments on the prospects for his company.

«We have an incredibly beautiful landscape here. People hike and ski a lot up in the fell area, and fatbiking is on the increase.»

How about the river itself?

«Now that fishing on the River Teno is decreasing, we should come up with some other activity there, for example river boating. But water scooters are something our company will never offer. They don’t belong here,» Hekkanen lays out.