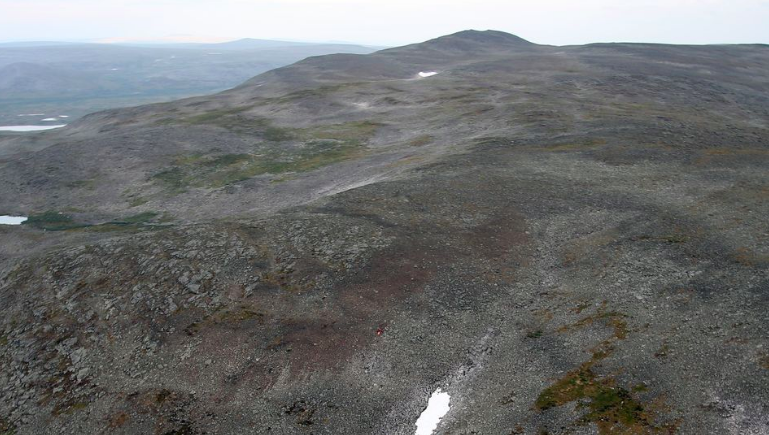 The crashed red gyrocopter can bee seen in the mountain up left from the snow. Photo: Lapin poliisilaitos / Police in Lapland

The deceased is Morten Ruud (57), editor of Norwegian public radio’s regional broadcaster in Finnmark.
By

It was two persons on board the lightweight gyrocopter that crashed northeast of Lake Dierpmes in Kilpisjärvi in Finland Saturday evening. The aircraft, piloted by Morten Ruud, was en route from Lakselv in Finnmark to Steigen in Nordland according to the Joint Rescue Coordination Centre of Northern Norway.

It is not clear why the gyrocopter was inside Finnish airspace. The crash site is about 20 kilometers east of Kilpisjärvi village not far from the border to Norway.

Details of the crash are yet unknown, police sources in Finland tells YLE. Investigation is underway, but Finnish Safety Authority will likely not be involved in the investigation, as gyroplanes are not within the jurisdiction of European aviation investigation authorities.

Norwegian and Finnish police authorities are cooperating on the investigation.

The other passenger was sent to hospital in Tromsø with mildly injuries, according to the Police in Finnmark.

The two had landed in Kautokeino for refueling and told people on ground there that next ground stop would be Bardufoss before final destination Engeløya in Steigen.

Morten Ruud, originally from Lakselv in Finnmark, was a well-known journalist and editor in the north. For years, he was actively engaged in the journalist cooperation with neighboring Russia, Finland and Sweden in the Barents Press network. From 2007, Ruud was NRK’s Moscow correspondent before he became editor of NRK Finnmark in 2013.