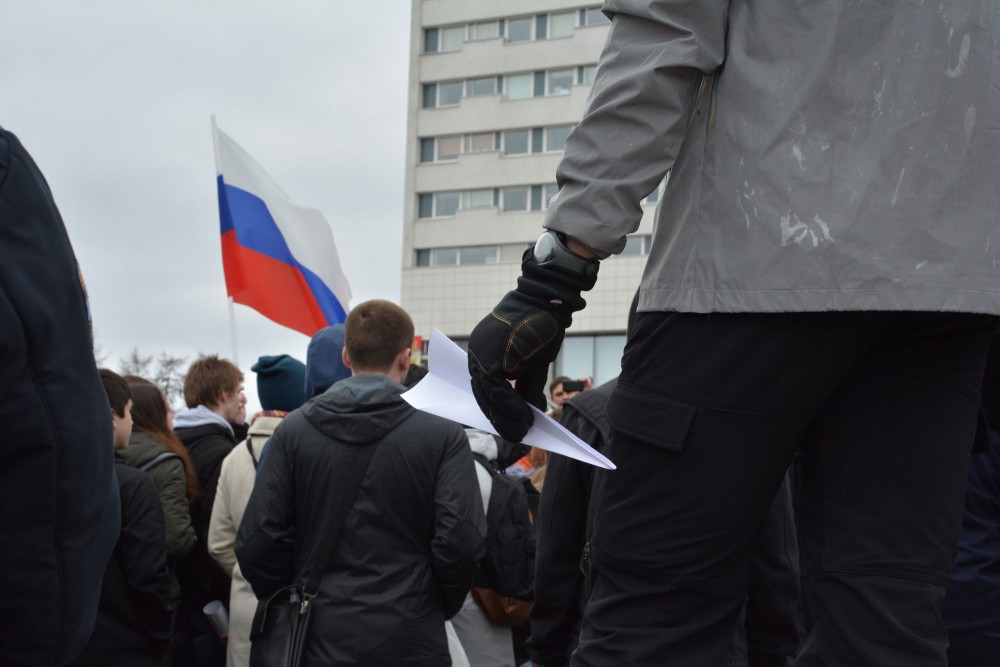 Police has detained several of the protestors that participated in Sunday’s rally in downtown Murmansk.
Read in Russian | Читать по-русски
By

«The manhunt is continuing for the second day,» says Violetta Grudina. She was one of the leaders of the street demonstration that on Sunday assembled about 300 people in a protest against the government’s pension reform.

«There are now three people in arrest,» Grudina says to the Barents Observer. They are all charged for violations of the federal Administrative Violations Code Article 20.2 on public meetings.

A fourth person was on Friday released from police custody.

The rally that started in the downtown public park soon moved into the local streets and then ended up by the front door of the regional government. People shouted «Governor Kovtun come out!» and some even knocked on the door of the government building. There were no police interference in the rally and the protesters soon peacefully dispersed and went home.

According to Grudina, the police clampdown that has followed the rally might be related with the appointment of new regional head of the Ministry of Interior.

Vitaly Zaykov comes from the post as deputy head of the interior ministry in Karelia, the ministry informs. He took office in Murmansk on the 11th September.