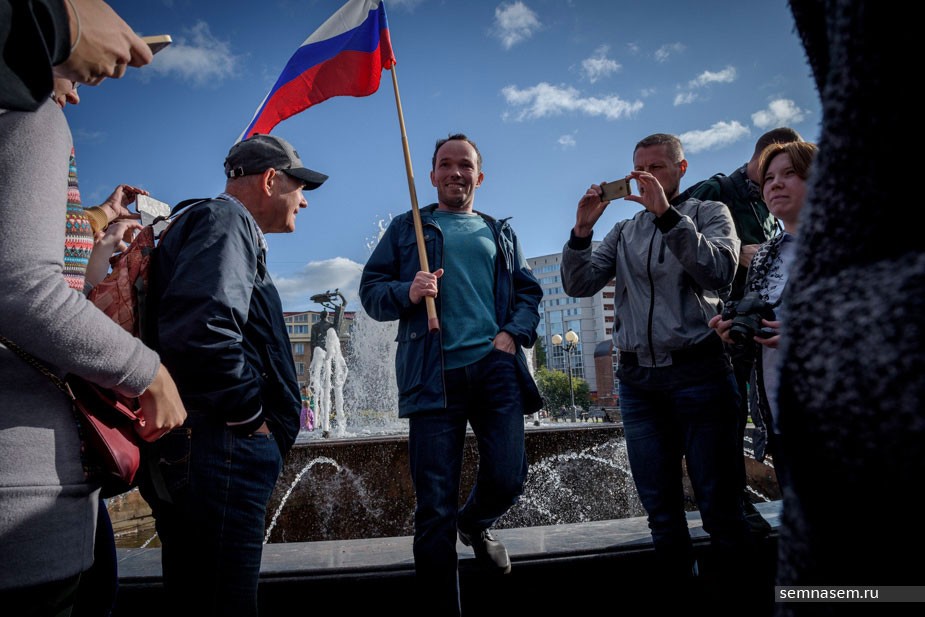 Police officers came to the work place of Grigory Kablis and brought him to the station.
By

Civil activist Grigory Kablis from Syktyvkar, Komi Republic, was taken to the police station on the afternoon of September 17.

According to him, officers of the Ministry of Internal Affairs came to his work around 14:40 and asked to follow to the police. There he was asked if he was present at a protest action against raising the retirement age, which was held in Syktyvkar on September 9. After that, the police began to draw up a protocol for violation of paragraph 8 of Article 20.2 of the Code of Administrative Offenses (“Repeated violation of the procedure for organizing or holding a meeting, rally, demonstration, procession or picketing”).

The uncoordinated protest action against raising the retirement age was held on September 9. About 200 people gathered at the site in front of the Central Swimming Pool and went to the Theater Square. There they talked for about an hour.

Grigory Kablis made an opening remarks. After that, a representative of the Syktyvkar administration told him that the action had not been approved by the local authorities. The civil activist insisted that the action does not fall under the definition of a rally: the participants did not use sound amplifying equipment and banners. A representative of the mayor’s office could not formulate a claim against Kablis, the police did not interfere in the meeting and the discussions between the gathered people.

Protest actions, initiated by the politician Alexey Navalny, were held in many cities of Russia on September 9. In most cases, local authorities refused to approve them. Later, participants and organizers were detained for drawing up protocols on an administrative offense.