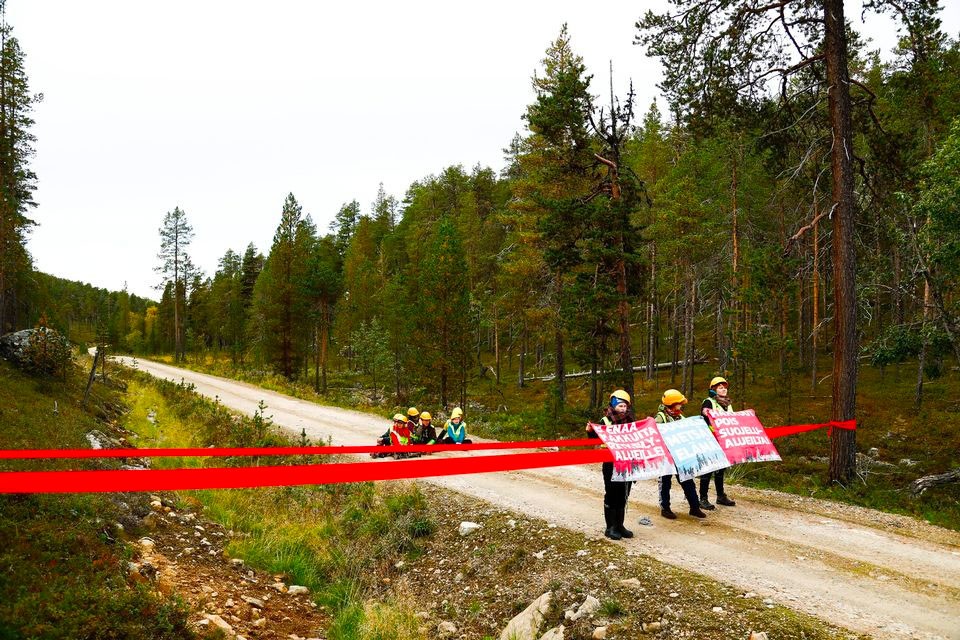 According to Petra Laiti and Ánne-Sofe Niittyvuopio, the reason for arranging such NVDA training is a greater need for direct action against the activity of industry and other external forces in the Sámi Area.

«We think that such training is needed because of the risk of increased activity by outsider forces in the region,» says Petra Laiti, the Chair of the Finnish Sámi Youth Association.

Approximately fifteen young people attended the training in Inari during the weekend of 31 August – 2 September. Most of the participants were 18–30 years of age. They looked at examples of protection and resistance such as the Ellos Deatnu (Long Live Deatnu) and the Standing Rock movements.

«I’ve been active in the Sámi youth organization for years. I started writing statements at the age of thirteen, but they seem to be of no use,» says Ánne-Sofe Niittyvuopio, one of the participants of the Non-Violent Direct Action (NVDA) course.

The Finnish Sámi Youth, Greenpeace and Suohpanterror have a common goal: to protect nature and the conditions of life in Sápmi, the Land of the Sámi. The organizations want to preserve the northernmost forests, which are essential for Sámi reindeer herding.

The organizers of the training argument that climate change and industrial activity that is pushing into the area are also one reason behind the need for non-violent resistance.

«The impact of climate change can already be seen in the Arctic, and the change is and will be especially drastic and quick here. We share the concern of the Finnish Sámi Youth for the preservation of nature in the far north, and we want to work for it together,» Laura Meller, the expert of Greenpeace Arctic and Antarctic says in a press release.