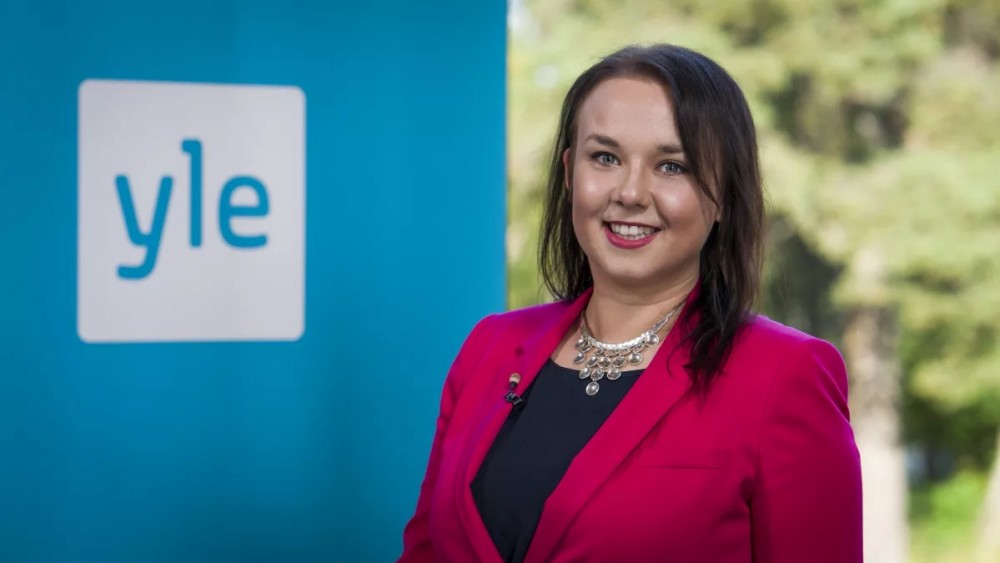 The Skolt Sámi journalist of Yle Sápmi has to ask the Chair of the Finnish Sámi Parliament for linguistic advice, as no Sámi language counseling is available at present due to lack of funding.
Read in Russian | Читать по-русски

I run into the same situation every weekday. I’m writing an ordinary piece of online news in Skolt Sámi, an endangered language. But suddenly I realize I don’t know the right word.

What in the world is Åland called in Skolt Sámi?

In my hectic work as a journalist, I’d need to have the answer quickly, as the news should be read on the radio very soon. Usually when I don’t know a word in Skolt Sámi, I get the answer from the Sámi Giellagáldu through Facebook in a few minutes.

Sámi Giellagáldu has been a concrete actor in the revitalization process of Sámi languages for five years already. Its task is to strengthen and develop the Sámi languages.

Recently, Yle Sápmi told that the Sámi Giellagáldu has cut its services. The funding will not be continued in  the present form after the end of 2018, and there is no permanent basis for financing the diverse Sámi language services.

For a Skolt Sámi journalist this means that there is no linguistic support available anymore. The Skolt Sámi employee of Giellagáldu stopped working at the end of October. Language counseling in Inari Sámi ended in August, and, in North Sámi, it will stop at the end of this year.

The only one I can turn to for help with words is a teacher of Skolt Sámi, who also happens to be right now the Chair of the Finnish Sámi Parliament.

I wonder whether Finnish-speaking journalists ever have to consult the President or the Prime Minister of Finland or the Speaker of the Finnish Parliament when reflecting on correct grammar or word formation in the Finnish language.

Writing a piece of news in Skolt Sámi is just one of the many examples of what it is like to work using an endangered language that has only a few hundred speakers. In Finland, we have two severely endangered languages: Skolt Sámi and Inari Sámi. Nevertheless, these languages are part of the everyday lives of many people, both at work and home.

Because of the great work of Giellagáldu, the three Sámi languages spoken in Finland have got new words – and these words have been taken into everyday use.

I discussed the issue with many public employees. No-one assumed responsibility. No-one knew whose task it was to work with the Sámi languages, or the information was outdated. The authorities also considered other public quarters as responsible.

But there was one comment from a public employee working in the ministry that really made me stop.

“Thank you for working on this subject, for we really don‘t know so much about it.”

Obviously, information on the present situation of the endangered Sámi languages has not yet reached the highest  state authorities in Finland. And they are the ones who participate in preparing the Finnish decision-makers to decide about the future of the matters that concern the Sámi.

As recently as 2006, almost all the Finnish media moaned that no-one under the age of thirty could speak Skolt Sámi as their mother tongue. This year, the youngest child speaking Skolt Sámi as the first language turned two years.

Even the smallest Sámi languages get new speakers. There is a continuous need for new actors who know the three Sámi languages used in Finland: journalists, teachers, nurses and leaders working in organizations. They all need professional, linguistic support just as those who speak Finnish or Swedish as their mother tongue.

Great progress is constantly made in the teaching and the revitalization of the Sámi languages. But what can we do when the services that are crucial for these languages are, again and again, cut off because of lack of permanent funding and, apparently, because of lack of knowledge?