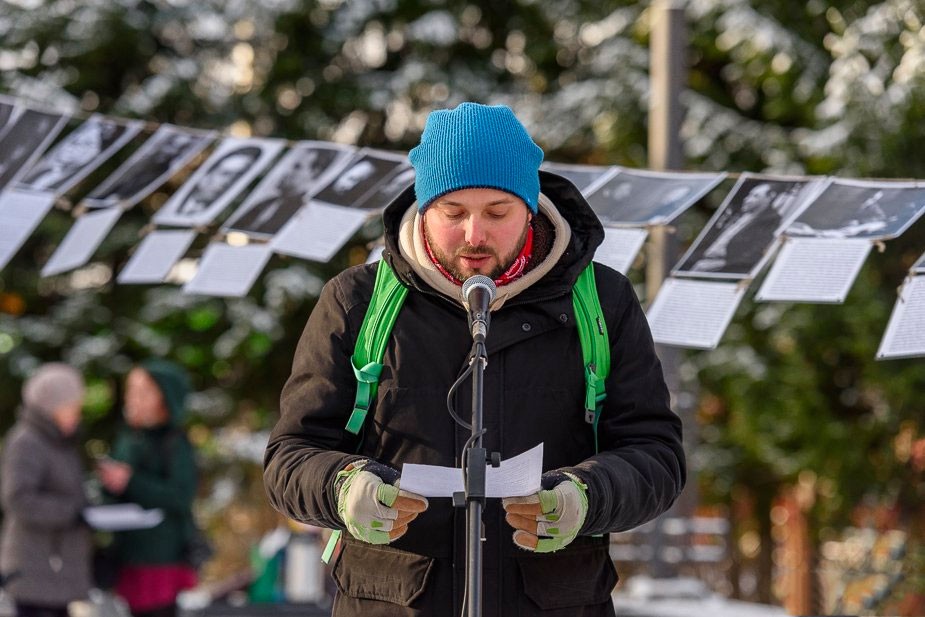 For two hours, people read the names of the inhabitants of the Komi Republic who were repressed during the Great Terror.

The ceremony “Return of the Names” took place in Syktyvkar on October 29th. It was the fourth year in a row that the commemoration was organized.

According to one of the organizers, human rights activist Igor Sazhin, four years ago he received a list of all the residents of Syktyvkar killed in 1937 and 1938. It was compiled in alphabetical order. Participants began to read it out on the first action. After three years, they managed to get to the letter P.

According to Igor Sazhin, the essence and form of the action has not changed over the years, but the context has changed: in different regions monuments to the former Cheka leader Dzerzhinsky were installed, people want to see leaders like Stalin.

«Over the past year, many more people began to rehabilitate Stalin and say that such repressions were apparently needed for order. People see that the situation is getting worse, so they are drawn to this type of order — to order at any cost. It’s just that people start to forget that the amount of blood [in the 1930s] was not just huge, it was colossal,» said Sazhin.

Accountant Valentina Bestserkovnaya told that she came to “Return of the Names” campaign to show an example to her children and grandchildren — how important it is to remember the history of the country.

«The fact that I came here is a one little ounce of my repentance,» said the woman.

The action “Return of the Names” takes place in many cities of Russia; in Moscow, the first action took place 11 years ago near the Solovetsky stone near the FSB building on Lubyanskaya Square.

This year, the Moscow authorities first banned the rally at the Solovetsky Stone, but then canceled their decision.