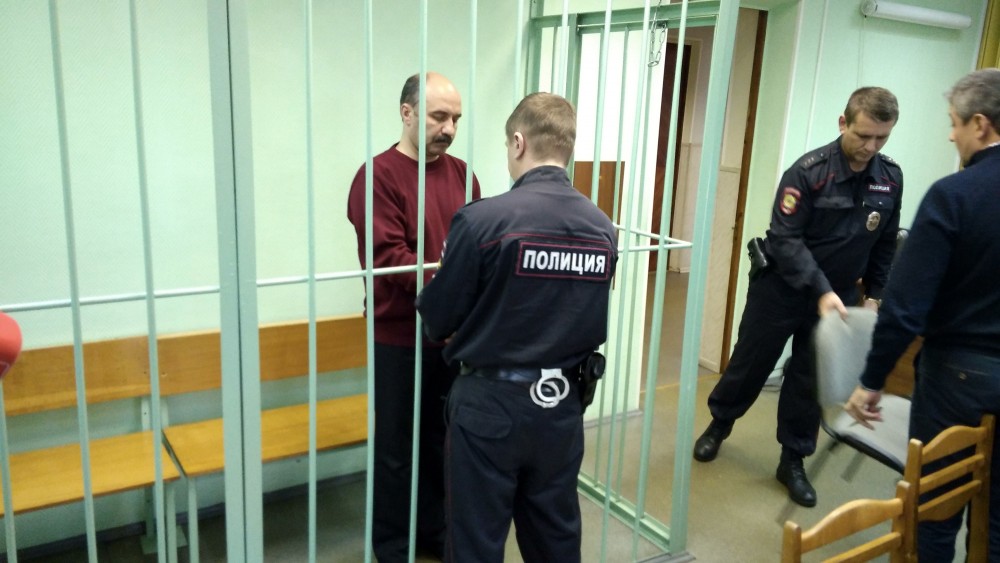 According to Babenko, Kovtun personally gave him and other employees instructions to collect bribes from businesses and spend money on amusements and gifts for federal officials including the purchase of fishing equipment and alcohol.

Igor Babenko was detained a year and a half ago, soon after the initiation of a criminal case involving his subordinates. The crux of the matter was a «petty cash» slush fund found in the Department for the provision of the regional government office’s activities. Kovtun or Babenko would regularly send letters to enterprises of various levels requesting that they transfer money into this fund, ostensibly to support social and charitable programs. The money however was spent on banquets, the purchase of personal items, souvenirs and other things. The position of the prosecution is that the scheme was invented by Babenko, who, although not putting anything in his pocket, had the self-serving intent of wanting to stabilize his wages.

The vice-governor was silent for 6 months in the SIZO detention center until now and this is the first time he has given such details. According to him, the budgetary institution had this fund for a long time. According to him, the fund was already in use when Babenko joined the government in 2012. There was an annually updated list of commercial donor structures and the financial management of the government knew all about it. The Accounts Chamber and the Prosecutor General’s Office however says that such a fund was not on the books when they checked in November 2016.

«The main organizer and beneficiary of the mismanagement of the fund was Governor Kovtun,» said Babenko.  «She knew everything and would give the orders where to spend the money. Kovtun did provide reports, though the reports were for false purposes, but her position was that the money was necessary to facilitate her personal expenses as governor.»

According to Babenko, the governor’s office regularly used this unaccounted petty cash fund because Kovtun would often unexpectedly have to receive this or that official or unofficial delegation from the federal center. They would use this off-budget cash fund for the guest’s accommodations or to make small purchases of up to 100 thousand rubles (€2500) without any notation. Or, they would note the spending fictitiously such as by noting the purchase of souvenirs as the purchase of paper or fishing equipment as transport services.

Kovtun, according to Babenko, always chose the expensive gifts for her guests herself, First, she would give basic instructions for what she wanted and then choose the specific gifts from catalogue photos with the descriptions and prices. And according to the criminal case, they had bought such things as a bear cap, wolverine mittens and an amethyst-encrusted knife as gifts for Deputy Prime Minister Rogozin.

So, the prosecutor asked Babenko if he knew if these expensive gifts were illegal and the defendant answered «I don’t know».  As of the moment, because there are no donation contracts or real accounting, there is the possibility of opening still more criminal and administrative cases against the «dear guests». The prosecutor then asked Babenko if the governor clearly understood how the money was being spent.

«Yes. She would get angry if her instructions were not followed to the letter. We were under pressure. I knew that the office would prepare documents with fake expenditures, I admit that. But if the governor demanded that we get some particular alcohol which we did not have in stock, we had to buy it. So for example, if the mayor of Sochi would come for a visit, we would have to buy a case of vodka or brandy or some salad. At these dinners, they would perhaps decide how to organize some activities for the region’s children in Sochi. So, we were spending the money on a nice dinner treating guests well is a tool to help implement social projects. It is expected.”

In response, the court asked who thought up offering Deputy Prime Minister Rogozin a snowmobile safari.

«The governor.» was the answer.

«But there were also fishing trips on these visits. Who came up with that idea?»

«The governor. Without her decision, no such event could be held.»

«So, you understood that the governor’s instructions were illegal?»

«But you performed these tasks anyway?»

«Because these were the governor’s instructions.»

Marina Kovtun herself has rarely commented on the Babenko case, stressing that she was never personally involved, even as a witness. Lawyers for the accused claim that their petitions for questioning Kovtun remain unanswered.