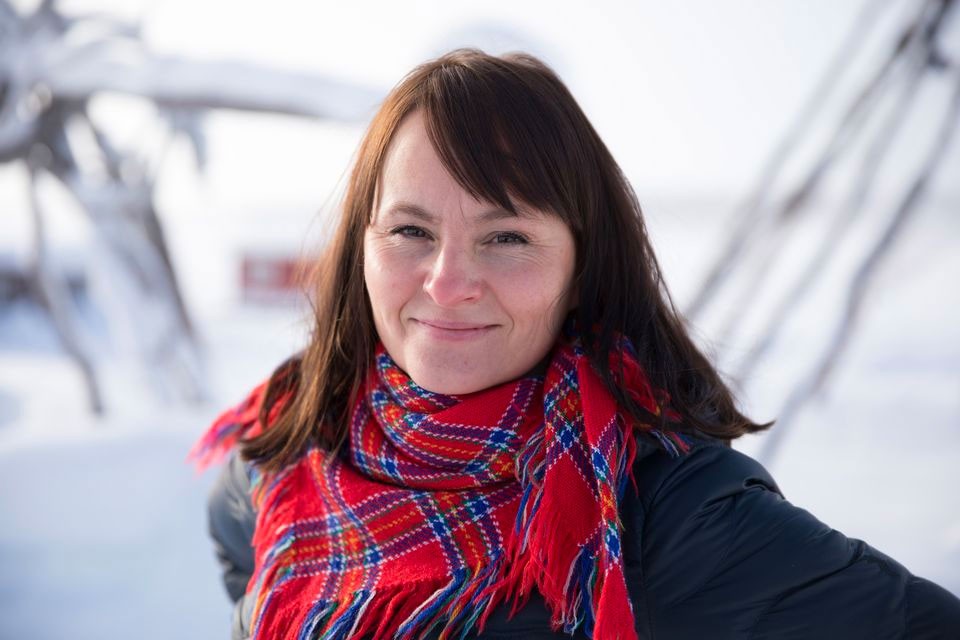 According to ISFI’s director Anne Lajla Utsi, the situation in Sápmi is good as concerns women film-makers. Photo: ISFI

Approximately 70 percent of Sámi film-makers are women, says Anne Lajla Utsi, the director of the International Sámi Film Institute in Sápmi, the Land of the Sámi.
Read in Russian | Читать по-русски
By

Gender equality has been discussed a great deal recently in, for example, the Finnish film world, just like in Hollywood. Research shows that women’s film productions are granted less funding, their employment opportunities are fewer, and films still lack strong women’s roles.

In Sápmi, the situation is the opposite. According to the statistics of the International Sámi Film Institute ISFI in Kautokeino, Norway, as many as 70 percent of the producers and directors of Sámi films were women in 2018.

«I believe the reason lies in the narratives; maybe women tell slightly different kinds of stories. This is nothing new. We noticed this already ten years ago when we launched our film institute. Already then, women led the way in Sámi cinema. The situation has also been similar in the film productions of other indigenous peoples in the world,» says ISFI’s director Anne Lajla Utsi.

«We should almost think the other way round: we may actually have too few men. We should focus on increasing their number.»

«In the dominant society, women just get to play the wives of male protagonists»

According to film-maker Katja Gauriloff, gender inequality shows in the film industry of the dominant society in, for example, the kind of roles women play in films and TV series. In Gauriloff’s new film Baby Jane, women play the main characters. The film has only a few roles for men – and they are minor ones.

«I feel that there are, on the whole, too few films that tell about women. Usually, the female character somehow supports the male character, and women just get to play wives, mothers or girlfriends.»

Gauriloff is optimistic about the future.

«We should start changing the present structures. And, indeed, I’ve noticed that people in the film industry are increasingly reacting to inequality. The Finnish Film Foundation and the Finnish national broadcasting company Yleisradio are taking this seriously. Therefore, I hope that things will improve.

«In the future, there will be no issues of gender inequality»

Anne Seipiharju, a young woman from Inari, studies film on the Media Program of the Sámi Education Institute. She is aware of the international discussion on equality in the film industry, but she has never felt that it would be difficult for her to study in the field because of being a woman.

«There are a lot of women working with films here in Sápmi. For example, the most famous Sámi film-makers Amanda Kernell and Katja Gauriloff are women.»

The new feature film Baby Jane by Gauriloff is an example of how women are gradually assuming a more central position as concerns both film characters and film-makers. Seipiharju thinks that gender equality may be a natural thing in the future.

«It’s easy to see that things are changing. My guess is that, in the future, there will be no issues of gender inequality.»

«I haven’t really thought about the issue, because it seems so natural for me. I just want to work with films because I like doing it,» Anne Seipiharju says.