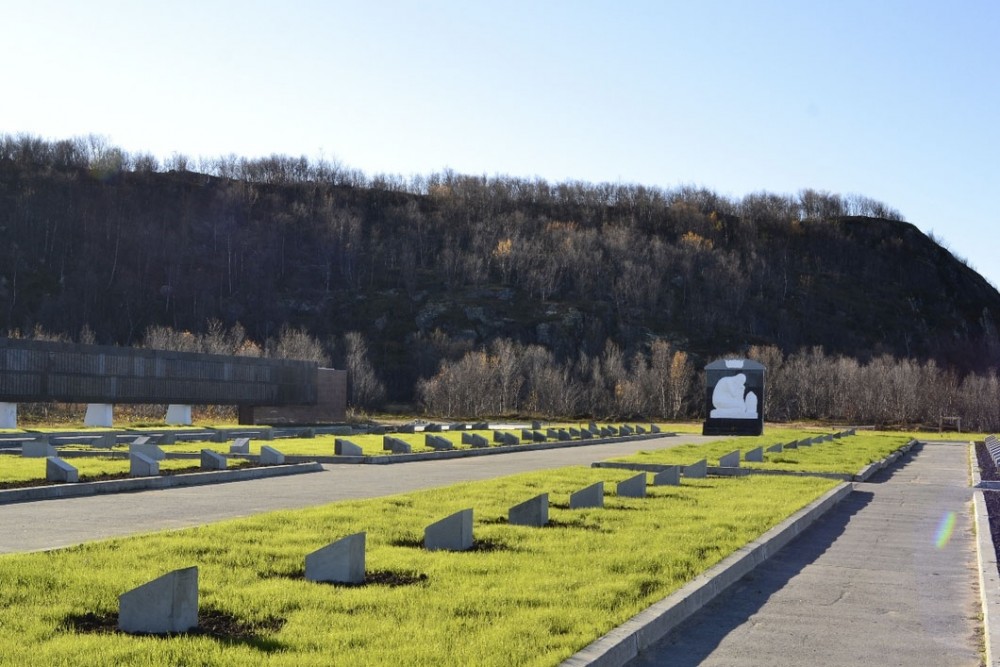 In Murmansk region, historical and cultural monuments are removed from state protection. It is against the law - but it is beneficial for the owners.

In the Murmansk region, monuments of historical and cultural heritage are being excluded from the register of objects subject to state protection in large numbers. This means that ancient buildings and temples can now be demolished, sheathed with siding or rebuilt without any approvals or protests. Even the most famous memorial cemetery in the north, the Valley of Glory, where thousands of soldiers of the Karelian Front are buried, whose remains were found by people who have chosen to participate in search expeditions for the north’s lost soldiers, has lost its guarded status. Now, officially, the buried remains themselves have no formal historical or cultural significance, only the painted gypsum monument standing in the center of the memorial park remains under protection.

The Valley of Glory is a memorial cemetery 70 km from Murmansk and was the subject of a scandal last summer when park curators complained that the remodeling of the park had changed the location of the tombstones in many places and the markers no longer stood over the graves where the person was buried. Aside from being incredibly disrespectful to the dead, it would also be more than a little disruptive to the families of the fallen soldiers who no longer could sit next to the stone marked with the name of their ancestors and actually know that their grandfathers were even there.  This remodeling had taken place under the direction of the regional museum of history as a part of their «beautification and ennoblement» project. To them, the old memorial to fallen soldiers was aesthetically displeasing. It was too haphazardly laid out and needed more trees and more symmetry.

The ethics behind the reconstruction scandal are dubious but of course, technically legal. The law states that any distortion of the appearance of any protected memorial monument is illegal and can be regarded as vandalism. However in this case, there were no legal consequences because Tatyana Vakhrameeva, an official «expert» from Petrozavodsk, had concluded that in her official opinion, the Valley of Glory is not a memorial monument but only a «place of interest».

Vakhrameeva works with the non-public joint stock company LAD, an architectural and restoration design enterprise who specifically works for the Ministry of Culture of the Russian Federation. Its main work is to provide expertise, do comprehensive surveys and help develop restoration and preservation projects for religious and civil architectural monuments. She is a licensed expert.

In 2010, Vakhrameeva gave a report to the committee concluding that the Valley of Glory memorial should be subject to state protection as a historical and cultural monument. A year later, the committee commissioned LAD Petrozavodsk to develop documents to substantiate the boundaries of the complex’s territory. Three years later, Vakhrameeva made her conclusion and provided a signature stating that the entire the Valley of Glory memorial complex should be considered a protected site.

But then the new vice-governor of the region, Inna Pogrebnyak, made a visit to the Valley of Glory and was extremely dissatisfied with the state of the cemetery. The memorials seemed haphazardly placed and local foliage too sparse. She decided to ennoble the park. In her opinion, what was really needed was to tighten the place up, rearrange some of the memorials so that they were more esthetically pleasing and plant some «Christmas» trees.

Talk about restructuring and «ennobling» the cemetery got serious, budgetary funding was arranged and meetings were held to discuss the remodeling project. A young designer provided several options for the new complex including building a church and a parking lot. But there was a snag. The young designer had never been to the Valley of Glory itself and had no idea that the law did not allow changing protected monuments, even for the sake of a church or parking.

The vice-governor though is not an easy figure to refuse and the clerks of the committee for culture quickly occupied themselves searching for a loophole. The problem was because of the historical monument status designated by the official «expert», the law did not allow any changes. The only option was to downgrade the category of the memorial. A re-examination of the boundaries of the monument was ordered from Vakhrameeva. No sooner said than done.

At first, the federal Ministry of Culture did not agree with the vice-governor’s request and sent a special letter explaining the situation. There was no need for any further examinations. But Pogrebnyak’s will and decorative zeal would not be stopped and she sent a second letter clarifying her intent. What she wanted was re-examination of the inspection report «to clarify specific information about the cultural heritage site, whose current status might not be legitimate». These were the magic words.

Vakhrameeva’s contract as an expert has the following wording: «A state historical and cultural expert’s examination is to clarify information concerning a protected cultural heritage object of regional importance and is required only for adjusting the draft boundaries of the territory». The Vice governor’s letter to Vakhrameeva’s office clarified that the original inspection request that «the Valley of Glory be included in the Russian Federation’s state register had not included the entire memorial park, but only the «Monument to the Fallen», a plaster sculptural group depicting standard-bearers. The discrepancy lay in the inclusion of the entire park and not just the sculpture and Vakhrameeva had no choice but to sign off on this.

So, based on the new clarification, the national monument status no longer applies to the whole memorial park and a new name, new dating, a new specification of the site, new actual borders of the territory and new land use regimes were adopted. Now, only the dyed plaster statue remained under protection and the rest of the vast territory of the Valley of Glory, including the original burial places of the fighters in particular, could now be planted with trees or even with corn.

The Valley of Glory is just one of the monuments of the Kola Peninsula to find themselves deprived of state protection by the will of officials. The Church of the Assumption of the Most Pure Virgin in the village of Varzuga, a masterpiece of wooden architecture, has also disappeared from the protected list and as with the Valley of Glory, only the building itself holds protected status. As a result, several of the Varzug icons have been stolen and have not yet been found and are being hunted down on the black market. The care of the property is now solely the responsibility of the Russian Orthodox Church. It is possible to restore them but it is also possible to cover up the theft and in theory, it is also possible to offer such things as presents to a high guest, and there are quite a lot of them visiting the local salmon filled rivers. Sources claim that the change of status decision was lobbied for by the influential Bishop Mitrofan, who recently led the Murmansk metropolitanate. Vlad Mitrofan had recently been the abbot of the Varzuga church and is a man with deep connections in Moscow and the regional government.

Similarly, Church influence might also explain why the keys to the Borisoglebsk church, located on the border of Russia and Norway, are no longer under state protection. They are not actually located in the protected museum, the owner of the church, but on the territory of a nearby monastery.

Even the oldest non-church stone building in the region has recently been excluded from the register of monuments. House number 28 on Sovietskaya avenue in the city of Kola is the former treasury building and it was built in 1806. In 2007, it entered the regional register of cultural heritage sites and was under state protection for 10 years. In 2017 though, another examination allowed the treasury to be excluded from the list of protected objects. Usually, federal legislation only allows a new designation in the case of complete physical loss, like for example in the case of a fire. But it is possible to change the status if there is a technical mistake, such as if the monument is registered incorrectly with something like a misprinted address.

Orders to include or exclude residential buildings from the Russian Federation’s state register both require the same type of stamp and in Novgorod, such decisions fall into the hands of expert Irina Teretskaya. But despite contradicting the statute prohibiting putting pressure on State Historical and Cultural experts, the committee has ordered the re-examination of 28 Sovietskaya with a predetermined result in mind: «…in order to substantiate the exclusion of the cultural heritage site from the Unified State Register of Cultural Heritage». A negative answer from Teretskaya would be in theory equal to a non-fulfillment of contract infraction and could cost her her job. So far however, the prosecutor’s office has not become interested in these contradictions.

Who benefits from the removal of 20 historic buildings in the center of Murmansk is also beyond doubt. A loss of protected status removes barriers from redevelopers hoping to cash in on the most expensive real estate in the city. Nothing like this has happened to the treasury building so far and local ethnographers have asked for a re-examination and have filed a complaint against the Petrozavodsk expert Valery Gulyayev. But at the same time, the owners of a vegetable shop located in the historic building are not in such a hurry to get their plaque back. Removing the building from state protection is  of course a plus in terms of remodeling and a protected status is only a burden.