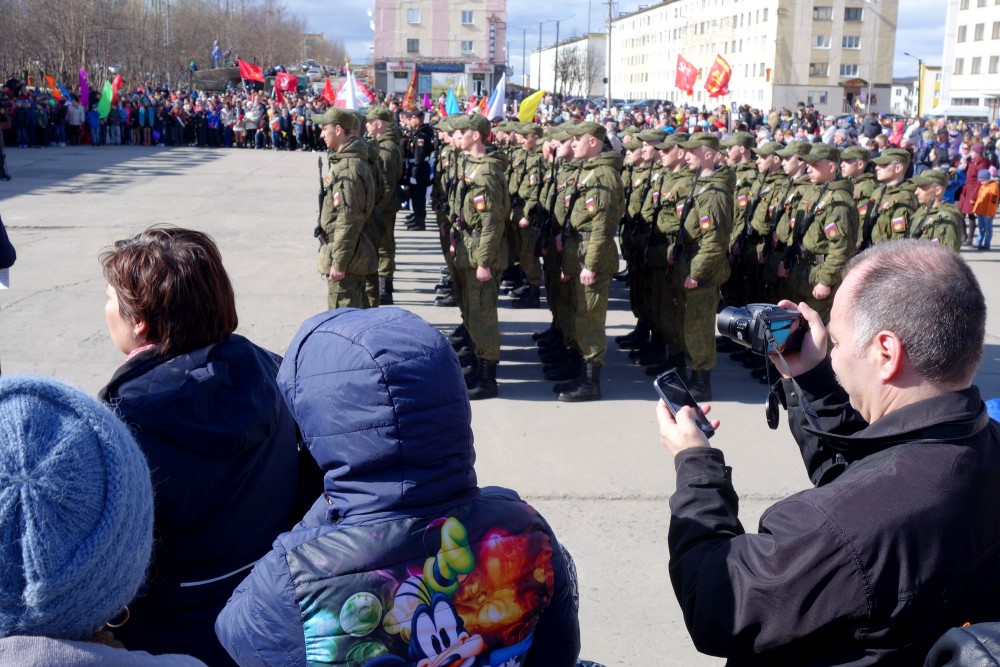 The people of Murmansk is shrinking to a historical low. Only the Northern Fleet garrisons see new people moving in.
Read in Russian | Читать по-русски
By

The powerful Russian Arctic region once had a population of 1,2 million. Population peaked in 1989. Since then, it has been a long way down.

By 1st January 2019, the regional population dropped below 750,000. According to the Russian statistical service Rosstat, there are now only 748 thousand people living in the Kola Peninsula.

The lion’s share of them live in the capital city of Murmansk, which now has a total of 292 thousand inhabitants.

Like in most of Russia’s Arctic regions, it has been a dramatic demografic downturn. The situation was the worst in the mid-1990s when the regional population dropped by more than 30,000 people per year. Thousands after thousands decided to leave the harsh climate of the north and find new homes in central and south Russian regions.

However, not all parts of Murmansk region have the same dreary trend. The many military towns in the area are experiencing a renaissance as defense budgets have hiked and new naval capacities are installed.

The Northern Fleet headquarter city of Severomorsk itself saw its population increase to 62,600 people, up more than 300 people in one year. The same trend can be seen in Aleksandrovsk, the closed military municipality located along the western banks of the Kola Bay. Here, population increased by 200 people to almost 45,000. The municipality includes the naval towns of Polyarny, Gadzhievo and Snezhnegorsk. It was Gadzhievo that accounted for the lion’s share of the local growth. The town of 13,259 people is home to some of Russia’s most lethal nuclear submarines, including Borey-Class «Yury Dolgoruky».

Also the town of Olenegorsk had a positive demographic development in 2018, the figures from Rosstat shows. The municipality that houses a major mining and metallurgical plant, as well as powerful air force units, by January 2019 had a population of almost 30,000.

Practically all remaining towns and municipalities in Kola Peninsula in 2018 saw a decline in their populations. That includes Pechenga Rayon, the municipality that is located along the border to Norway and Finland. The Pechenga municipality now has a population of 37,129, the survey from Rosstat shows. The local towns of Nikel and Zapoljanry both saw a shrinking number of inhabitants to respectively 11,672 and 14,902 people. However, also in this municipality there are two population winners.

The military settlements of Korzunova and Pechenga both saw growing populations in 2018. The two settlements house elite forces of the Russian naval infantery.