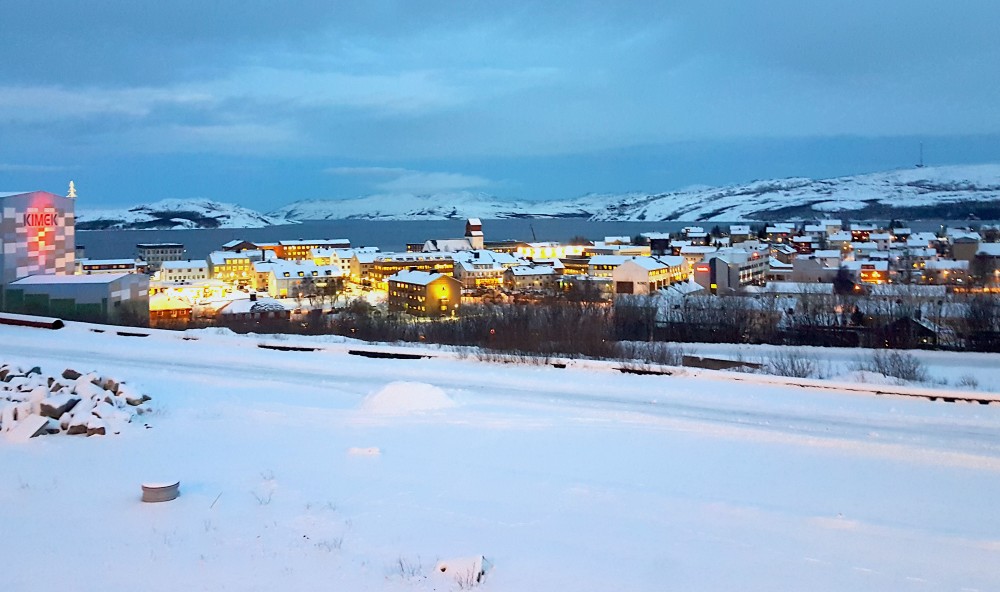 The new hardliner bishop, with a background from Russia’s Northern Fleet, claims that the Norwegian municipality was given away by unscrupulous officials in 1826 when the borderline treaty was signed.
Read in Russian | Читать по-русски
By

Bishop Mitrofan of Murmansk and Monchegorsk, the head of Russia’s Orthodox church on the Kola Peninsula, was interviewed in the regional edition of the newspaper Argumenty i Fakty, when he came with the noticeable historic claim.

“I must say that Sør-Varanger, this is our, Orthodox, land, Novgorod, it was given in 1826 by unscrupulous officials,” Bishop Mitrofan stated.

The 200 kilometres long Norway-Russia land border was defined by a treaty in 1826 between King Karl Johan of Norway and Sweden and Tsar Nicholas I of Russia.

Before 1826, most parts of what today is Sør-Varanger municipality was a kind of buffer zone where the 1326 Treaty of Novgorod stipulated which part of the Sami people living in the area would pay tribute to Norway and which to Novgorod.

On a Dutch map from 1660, the stipulated dividing line was east of Varangerbotn, but west of what today is the Norwegian town of Kirkenes.

Now, Bishop Mitrofan expresses his desire to build an Orthodox church in Kirkenes.

“Now we are fully revealing this potential. It should be a spiritual centre in the western world,” he says and explains how tourists traveling to Kirkenes with the coastal steamer Hurtigruten could come visit such spiritual centre.

Bishop Mitrofan underlines that despite being given to Norway by “unscrupulous officials” in 1826, Kirkenes should not be returned to Russia.

“Of course, we are not going to demand it returned, but [the monks] Trifon of Pechenga and Theodorite of Kola preached there, so I hope that we will be able to build a church there, a traditionally Russian northern one with Pomor-architecture,” he says in the interview with Argumenty i Fakty.

Pomors were the Russian settlers, primarily from Novgorod, and their descendants living on the coast of the White Sea all north to the Kola Peninsula.

“I must say that the Norwegians have a positive attitude to this, we have good contacts and we need to protect our cross-border cooperation, Bishop Mitrofan ends the interview.

The Bishop was appointed in January 2019 and took over after Bishop Simon who for years had developed a cooperation with the Norwegian evangelical Lutheran church.

Mitrofan’s baptized name is Aleksey Badanin. He is graduated from the Naval Academy and has a background from the Northern Fleet where he served as commander on several navy ships as Captain of 2nd rank until 1997.

In 1998, he served as press secretary of Murmansk Bishop Simon. The year after, he started to study at the Theological Institute.

He wrote his Ph.D. thesis about the life of Monk Trifon of Pechenga and the history of the Pechenga monastery. The monastery was rebuilt some few years ago, about 15 kilometers east of the Russian-Norwegian border.

Since July 2018, Bishop Mitrofan has been a member of the Inter-Council Presence of the Russian Orthodox Church.

Sør-Varanger municipality, where administrative centre is Kirkenes, has a friendship agreement with Severmorsk, the closed naval town with the headquarters of Russia’s powerful Northern Fleet.

Rafaelsen says to the Barents Observer that he is not aware of any plans to build an Orthodox church in Kirkenes.

“To my knowledge, the municipality has not received any application to build an Orthodox church,” the Mayor says.

Today, there is a Russian Orthodox congregation in Kirkenes with a parish house.

The web-portal of the parish displays a traditional onion dome with an Orthodox cross drawn on the building. In real, neither the cross nor the onion dome is in place.

Although there is a Russian Orthodox congregation in Norway, based in Oslo, the one in Kirkenes belongs to the Murmansk church.

Since the mid-1990s, a few hundred people originally from Russia are living in Kirkenes. From January 1st this year, Norway allows for dual citizenship.

2020 also marks the 25-years anniversary of the friendship agreement between Kirkenes and Severomorsk. Mayor Rune Rafaelsen tells that the cooperation will be celebrated with a concert at the local museum in Kirkenes on Friday.

On Saturday, a regional swimming tournament kicks off with participants from both Norway and Russia.

The Mayor of Severomorsk will attend.

We hope you enjoyed reading this article. Unlike many others, the Barents Observer has no paywall. We want to keep our journalism open to everyone, including to our Russian readers. The Barents Observer is a journalist-owned newspaper. It takes a lot of hard work and money to produce. But, we strongly believe our bilingual reporting makes a difference in the north. We therefore got a small favor to ask; make a contribution to our work.