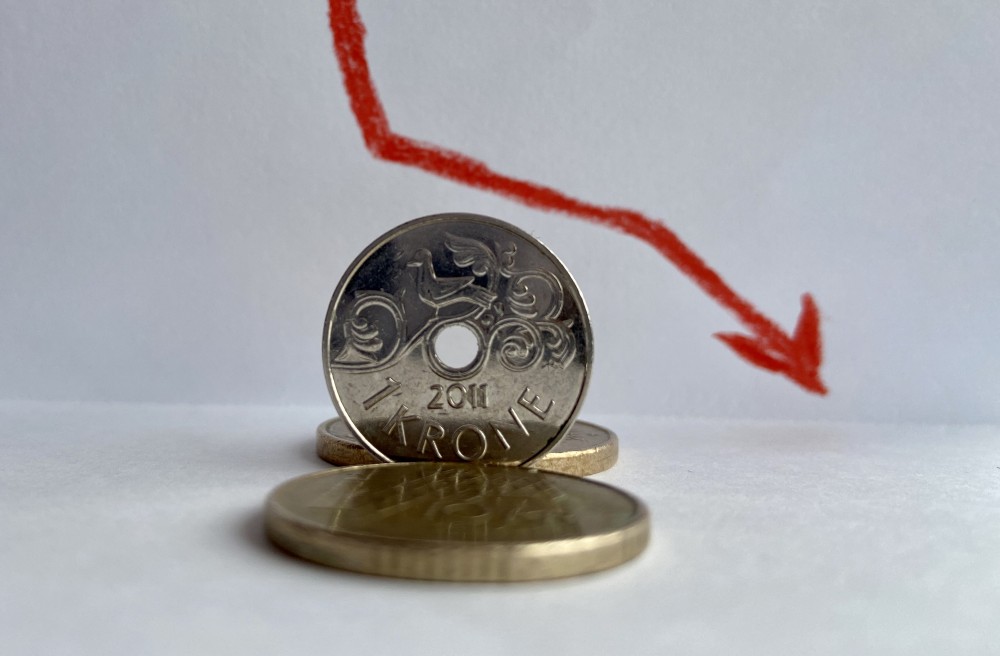 Never before has Norway’s policy interest rate been 0,0%. The surprise move was announced on Thursday after a meeting in the central bank’s monetary policy and financial stability committee.

“The activity in the Norwegian economy has fallen abruptly as a result of the coronavirus pandemic,” the bank argues. “The downturn is amplified by the severe impact of the pandemic on surrounding countries and by a sharp fall in oil prices,” the statement reads.

Norway’s krone immediately dropped against the euro and dollar after the announcement Thursday morning. One dollar now gives you 10,30 kroner and one euro costs 11,12 kroner.

The Norwegian krone is severely lowered both due to the lower interest rate, but also because of the record low oil price. Norway’s economy is strongly connected the the oil industry.

Although the central bank admits record low interest rate “cannot prevent the coronavirus outbreak from having a substantial impact on the Norwegian economy,” the bank says the the rate is not expected to be below zero.

“In the Committee’s current assessment of the outlook and balance of risks, the policy rate will most likely remain at today’s level for some time ahead. We do not envisage making further policy rate cuts”, says head of the central bank, Governor Øystein Olsen.