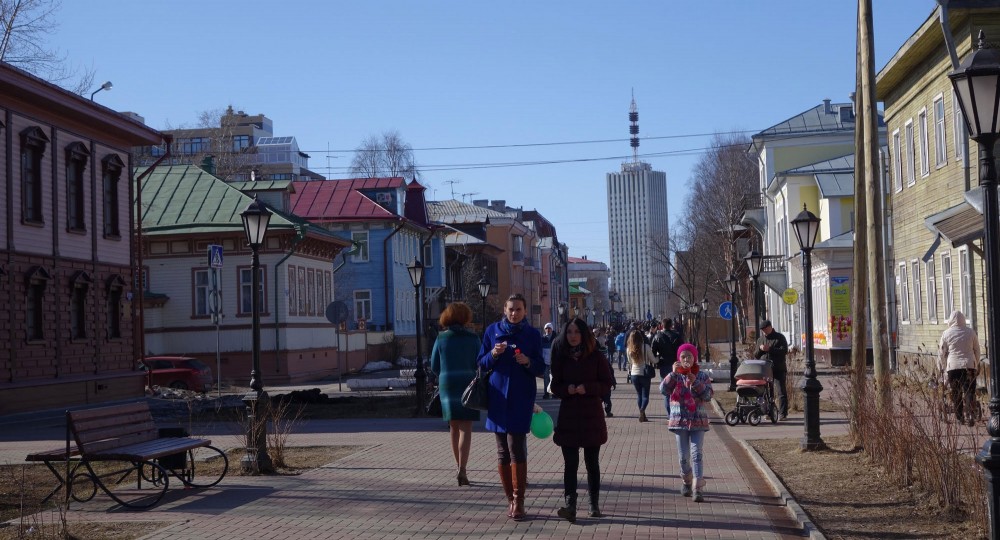 More people are infected by the coronavirus in Arkhangelsk region. Photo: Atle Staalesen

The North Russian region has one of the quickest growing number of new cases in the country.
Read in Russian | Читать по-русски
By

A total of 239 new cases were registered on 2 June. That brings Arkhangelsk on the Russian top-five list of regions with the most accelerating virus growth.

So far, Arkhangelsk has seen only modest infection rates. That could change. Over the last weeks, the region has daily had more than 100 new cases, which is significantly more than the neighboring regions.

A total of 2,409 people in the region are now registered as carriers of the virus.

It is the naval yards of Sevmash and Zvezdochka that are the hotbeds of the regional virus outbreak. The yards that employ many thousands of people are cornerstone companies in Severodvinsk, a city of about 183,000 people.

According to regional health authorities, Severodvinsk now has a total of 1,066 infected, of them 798 workers in the two naval yards.

Many of the cases have been registered over the last few days. On the 2nd of June, a total of 109 new cases were registered in the city, of them 90 at Sevmash and Zvezdochka, Severodvinsk city authorities inform.

Regional health authorities are now seeking to expand treatment capacity. On 3 June, Governor Aleksandr Tsybulsky announced that Hospital No 2 in Severodvinsk from now on exclusively will handle COVID-19 patients.

That will allow the city to expand treatment capacity with up to 200 people, regional Health Minister Anton Karpunov said.

Shipyard Sevmash is building all of Russia’s new nuclear submarines. Currently, at least eight new vessels are under construction on site, among them four Borey-class and four Yasen-class subs.

Despite the virus outbreak, the construction works continue. On June 1, the yard officially handed over new sub “Knyaz Vladimir” to the Northern Fleet.

The “Knyaz Vladimir” is the first new ballistic missile submarine delivered to the Northern Fleet since January 2013, when the first of the Borei-class, the “Yury Dolgoruky” entered service.