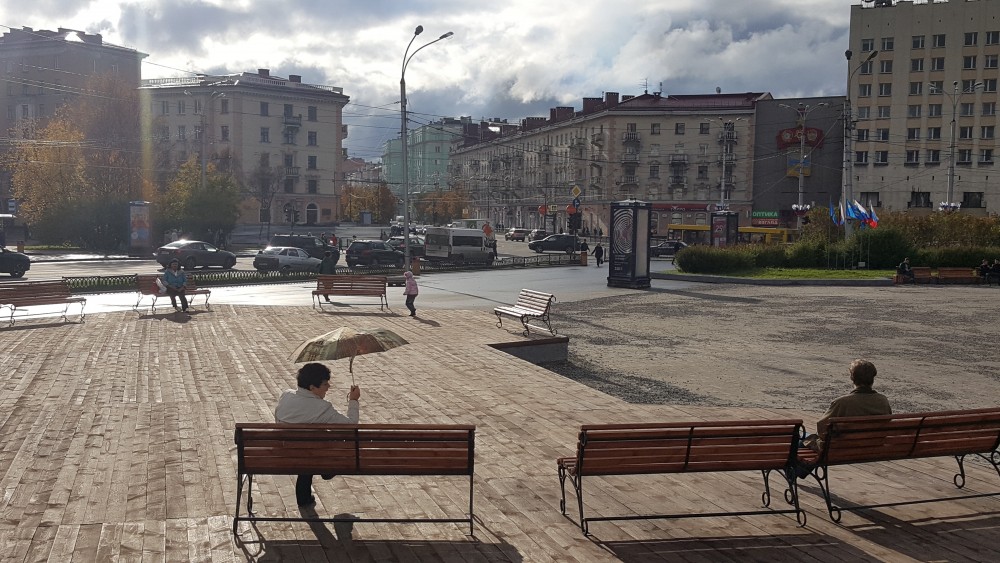 Murmansk found 37 new cases of COVID-19 on Sunday and the total number of infections in the city is now 1137. However, from Monday June 22 restrictions are to be lifted, governor Andrei Chibis has decided.
Read in Russian | Читать по-русски
By

Major events are coming to Murmansk, like the rescheduled Victory Day parade next Wednesday and the vote taking place in the following week on the constitutional changes that would allow Vladimir Putin to stay in power until 2036.

While at least 25 large cities across Russia has decided not to hold the parade over coronavirus fear, the Hero City of Murmansk is preparing its Five-corner center square and the Lenin Avenue for honoring its special significance to Second World War events in the Arctic.

The Covid-19 outbreak, though, is far from over in Russia’s largest city above the Arctic Circle. On Sunday, regional health authorities could add another 37 cases to a list that has spiked over the last two weeks. On Saturday, 47 new cases were reported and on Friday 53 new infections were added. In total, the city of just less than 300,000 inhabitants now has 1137 infections reported officially via the Vkontakte page established to monitor the coronavirus outbreak in the region. That is a doubling over the last two-weeks period.

The Murmansk Oblast, covering the Kola Peninsula with about 700,000 inhabitants have by June 21 a total number of 4431 coronavirus infections and is by far the most severely hit region in the circumpolar Arctic.

A main reason for the high number of infections is Novatek’s construction site in Belokamenka which now has 2,292 cases.

Also other major cities in the region have many cases, like Monchegorsk (219), Apatity (188), Kirovsk (114), and the Pechenga district near the border to Noway with 76 cases.

Severomorsk, the headquarters of Russia’s powerful Northern Fleet, has 194 cases reported, while the other navy towns have very few people with the infection.

Despite the fast-growing number of new cases, Governor Andrei Chibis’ government this weekend decided to lift many of the restrictions imposed to slow the spread of the coronavirus.

According to the statement posted on the government’s portal, the epidemiological situation in the region «is gradually stabilizing» and give reason to remove a number of restrictions.

These are some of the measures removed from Monday:

By lifting some of the restrictions to stage three of Russia’s reopening plan, Murmansk can again hold mass gatherings.

For the Victory Day parade downtown Murmansk and Severomorsk, children are not allowed. Guests, including veterans and other participants, will be pre-tested for coronavirus and by entry to the parade, thermometry check is mandatory and protective masks will be used. On the podium, and with social distance, the guests can remove the masks.

Not invited guests are asked to watch the parade from home, on regional TV channels as well as via internet portals.