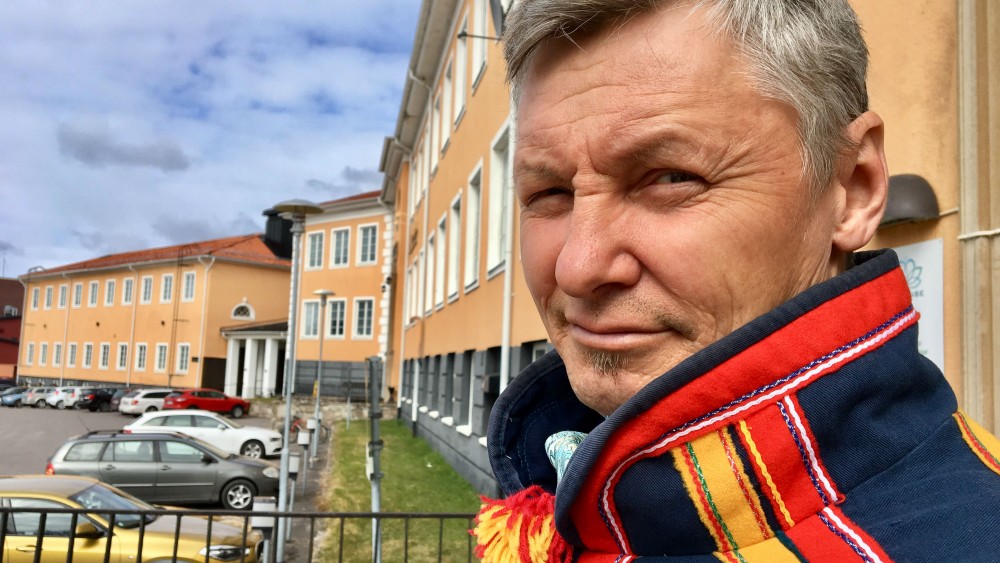 “We have to have a Truth and Reconciliation Commission like in Canada,” Per Olof Nutti, president of the Saami Parliament in Sweden told Eye on the Arctic in a 2019 interview. “So we can talk about what the Swedish State and the Swedish Church have done to our people, how we can work together in future and what steps will need to be taken to move forward on Indigenous issues.” Photo: Eilís Quinn/Eye on the Arctic

The Swedish government announced 1.2 million Swedish kroner (approximately $170,00 CDN) this month for the Sami Paliament to begin laying the groundwork for the country’s upcoming Truth and Reconciliation Commission.
Read in Russian | Читать по-русски
By

“This will be a very important process,” said Matti Blind Berg, a member of the board of the working group for the Sami Truth Commission at the Sami Parliament.

“We have a lot of questions to answer in terms of what the commission should cover,” Berg said in a phone interview with Eye on the Arctic. “Should we be looking at the forced relocations? The school systems where children were taken away from their parents and weren’t allowed to speak their language? How far should we go back? These are all things we’ll be looking at over the coming months.”

Berg said preparations are already underway but will begin in earnest in the fall once most Sami are back off the land. He says one of the main focuses of the exercise will be reaching out to elders to hear their stories that will then guide the process.

The Sami are an Indigenous people whose culture is based on hunting, fishing, gathering and reindeer herding.

There are an estimated 100,000 to 150,000 Sami in the Arctic regions of Finland, Sweden, Norway and western Russia – the Saami homeland collectively referred to as Sapmi.

Berg says one of the challenges of the commission will be incorporating voices from neighbouring Sami regions into the process.

“Sami are one, but when they closed the borders in the North they cut off families from each other and their traditional lands,” he said. “That is part of the problem.”

Swedish politicians say the Truth and Reconciliation process is an important step to help educate the population about racism in the country.

“This is a historical step in the work to make visible the violations and abuses that the Sami have been exposed to throughout history and which are far too little known,” said Sweden’s Culture Minister Amanda Lind in a news release this month announcing the funding.

“It’s also crucial that the Samis’ own voices and perspectives are raised in preparation for the Truth and Reconciliation Commission, which is why this anchoring process is so important.”

Asa Lindhagen, Sweden’s Minister of Gender Equity, said the process would also help educate about the rights of Indigenous peoples.

“The Sami has been subjected to racism throughout history, and are still exposed to it today,” she said in a statement.

“They also testify to a great ignorance among the majority population about the Sami people, their living conditions, culture and history and rights as Indigenous peoples. Sweden must be a country free from racism and efforts are needed to reach this.”

The Sami Parliament in Sweden will submit their final report on how the Truth and Reconciliation Commission should be structured in March 2021.